“Knives Out” is the 21st century’s “Clue”, but not so much a “whodunnit” as an exposition of weaponizing whiteness for personal gain. Nominated for Best Screenplay at this year’s Oscars, this film is deliciously written, with spitfire dialogue and perfectly-timed shocking reveals of the true events surrounding the death of mystery novel author and publishing company founder Harlan Thrombey. It is revealed within the first forty-five minutes of this two-hour movie that his death was set in motion by Harlan’s nurse, Marta Cabrera, who believed that she accidentally switched his medication to a lethal dose of morphine. Played magnificently by Ana de Armas, Marta is instantly horrified at her actions, whilst Harlan insists that they cover up this accidental poisoning by framing it as a suicide in order to protect both herself and her sister, but most desperately, her mother who is undocumented. Thus, the events of the movie are set forth, with the cops and private detective Benoit Blanc, hilariously portrayed by Daniel Craig, investigating Harlan’s family as potential suspects amidst their disputes over Harlan’s will and their previous relationships with him.

Throughout all the interwoven plots, Marta remains the most fascinating character, with her ever-present moral compass, which stands in contrast to the other selfish characters, and also kindles the audience’s investment in her as a great protagonist. Her perspective clues us in to one of progressivism’s worst evils: white “allies” who want to be associated with anti-racism, but only when it does not threaten their own privilege.

This movie is immediately politically confrontational, with a cop at the family’s mansion asking Marta if she’s “with the help.” And thus, our first hint at a deceiving ally appears with Harlan’s granddaughter Meg (who is indicated to be Marta’s friend in the house) yelling back at the cop in protest, with her defense being “she’s with us.” At first glance, Meg’s impulse to defend her Latinx friend by bringing Marta into the in-group of the white Thrombey family seems to be of good intentions. However, it clues us into how key “progressive” characters will view Marta’s inclusion in their world as a way to maintain her loyalty to their family, and by extension, their whiteness. This presents a constant theme of the Thrombeys weaponizing their whiteness—an intention to use their privilege against instead of solidarity with marginalized people—in order to maintain their power and wealth. By including Marta within their realm of influence, they are able to maintain a facade of allyship while never actually investing in her wellbeing, and can easily abandon her when her existence no longer serves to uplift their empire. The Thrombeys can’t even be bothered to remember where Marta’s mother emigrated from, with different characters reporting that she’s from Ecuador, Paraguay, Brazil, and Uruguay. This conception of Latin American countries being interchangeable minimizes her identity as a Latinx woman, as they acknowledge her existence without truly knowing her life or trying to understand her unique experiences. Though her nursing services to their grandfather are valued and appreciated, she is respected only for what she can do for them, never for her own merit or character. The Thrombeys are truly putting on a performance of support for Marta, as they see their employment of her as a sort of charity for her family, define her by her race, and ignore her individual personhood.

While the repeated idea of “she’s a part of our family” is perpetuated, the Thrombey family is blatantly honest in showing that they don’t care about her life or feelings. She’s even put on the spot in a bigoted immigration discussion without her consent where she must pretend to A. not be offended by their racism to keep her job and B. not reveal her mother’s immigration status (as they assume her to be documented, even referencing the Republican propaganda of “pulling yourself up by the bootstraps”). The Thrombeys tokenize Marta by treating her as a Latinx person they can go to when they need validation of their racism. They are seemingly congratulating themselves, as they see her inclusion in their spaces as an example of their progressivism. In reality, they are dehumanizing her into being a representative of her race while reinforcing the expectation that she must always agree with them and maintain her position as a part of their family but not a part of their whiteness. Her inclusion in the family is contingent upon the preservation of the divide that keeps her from reaping any of the benefits of whiteness. These microaggressions foreshadow the conditional nature of the family’s relationship with Marta, which is completely dependent on whether or not she perfectly adjusts herself to fit within the hierarchy of the family’s wealth and privilege.

The minute that Marta poses a threat to the family’s power by becoming the sole recipient of Harlan’s estate (previously unbeknownst to her), they turn on her and accuse her of sexually seducing Harlan, calling her a “little bitch” and a “dirty anchor baby”, all while saying that she’s not a part of their family. It seems like she was only “with them” when she served a purpose for them and didn’t pose a threat to their wealth. And just like oppressors do, the Thrombeys try to manipulate her into renouncing her inheritance in order to restore their wealth (to Marta’s detriment). Whilst claiming that they will take care of her if she relinquishes the fortune, they simultaneously threaten her with the media buzz around her mysterious new fortune that could publicly reveal her mother’s immigration status. In this act of weaponizing whiteness, the family draws a clear distinction between the sympathy that they feign towards the plight of marginalized people and actions that could jeopardize their existence at the top of society, racially and economically.

Though Marta’s experience represents an overarching message of performative activism and allyship towards oppressed persons, her growth as a character cements the realistic and vulnerable parts of Marta that remind audiences that she’s not just a figurehead. Her quirks of throwing up whenever she tells a lie and her kind and mutualistic relationship with Harlan establish her good character in the overall plot of the motives behind the murder. Without this intentional fleshing out of her character, Marta would be a completely one-dimensional representative of her race, which is exactly who the Thrombeys want to render her to be. Instead, her opposition to them as an individual rather than a stereotype paints the picture of a whole person representing herself and her own morals, not a character designed to shoddily represent social commentary without nuance.

In not finding out until the end that another family member switched the medicine bottles, we are given an amazing moment where PI Blanc stands up for Marta in front of her family before she knows how innocent she really is, screaming “you treated her like shit!” right in their faces. When she does find out that her specific knowledge of the properties of the medicines caused her to unconsciously give the correct dosages, Blanc reveres her intelligence as a nurse and reaffirms her overall inherent goodness. Standing in stark contrast to the selfishness and entitlement of the Thrombey family, Marta not only claims what is rightfully hers but reveals the true nature of an entire family, and by extension, all performative white allies.  One of the family members iterates the “Hamilton” lyric “Immigrants: we get the job done” in reference to Marta’s work ethic, which harks back to a similar line in “Get Out”, in which a white “ally” affirms his supposed solidarity by saying he would have voted for Obama a third time. This idea that allyship is white people approving of people of color’s lives through kitschy quips both aggrandizes a complete lack of solidarity as well as shifts the focus away from marginalized folks themselves. This film is painfully aware of this, and centering Marta as the protagonist while the rest of the characters vie for things that are deservedly hers identifies the main goal of performative white allies: to take up space they aren’t entitled to.

“Knives Out” is utterly entertaining whilst entirely surprising in its approach to a murder mystery. Its promotional materials simultaneously hid Marta’s character as the true protagonist as well as masked the most progressive and dynamic themes to seemingly draw in audiences that would actively avoid facing their privilege head-on. This film sets a precedent that will hopefully challenge the standard of movies set on solely identifying oppression instead of wholly denouncing it. The final shot of Marta raising a mug that reads “My House, My Rules” to her lips while a disgusted Thrombey family watches is one of the most vindicating cinematic moments in recent history. Reign on Marta, everything is yours. 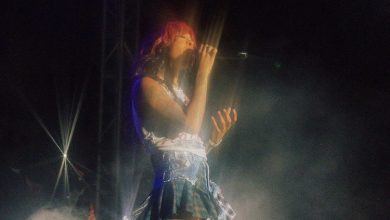 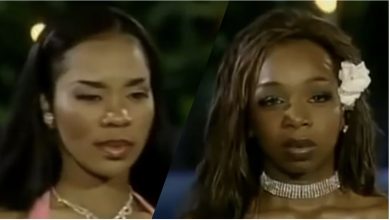 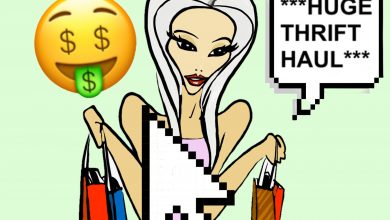