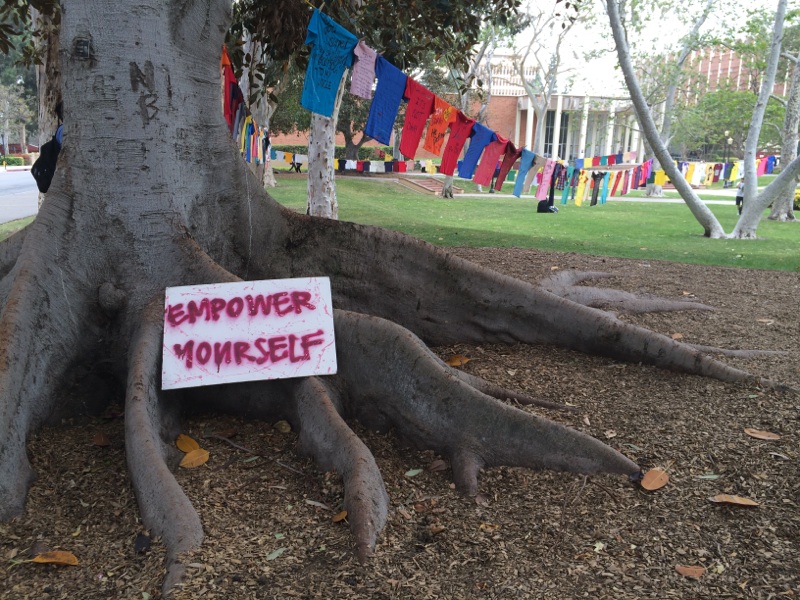 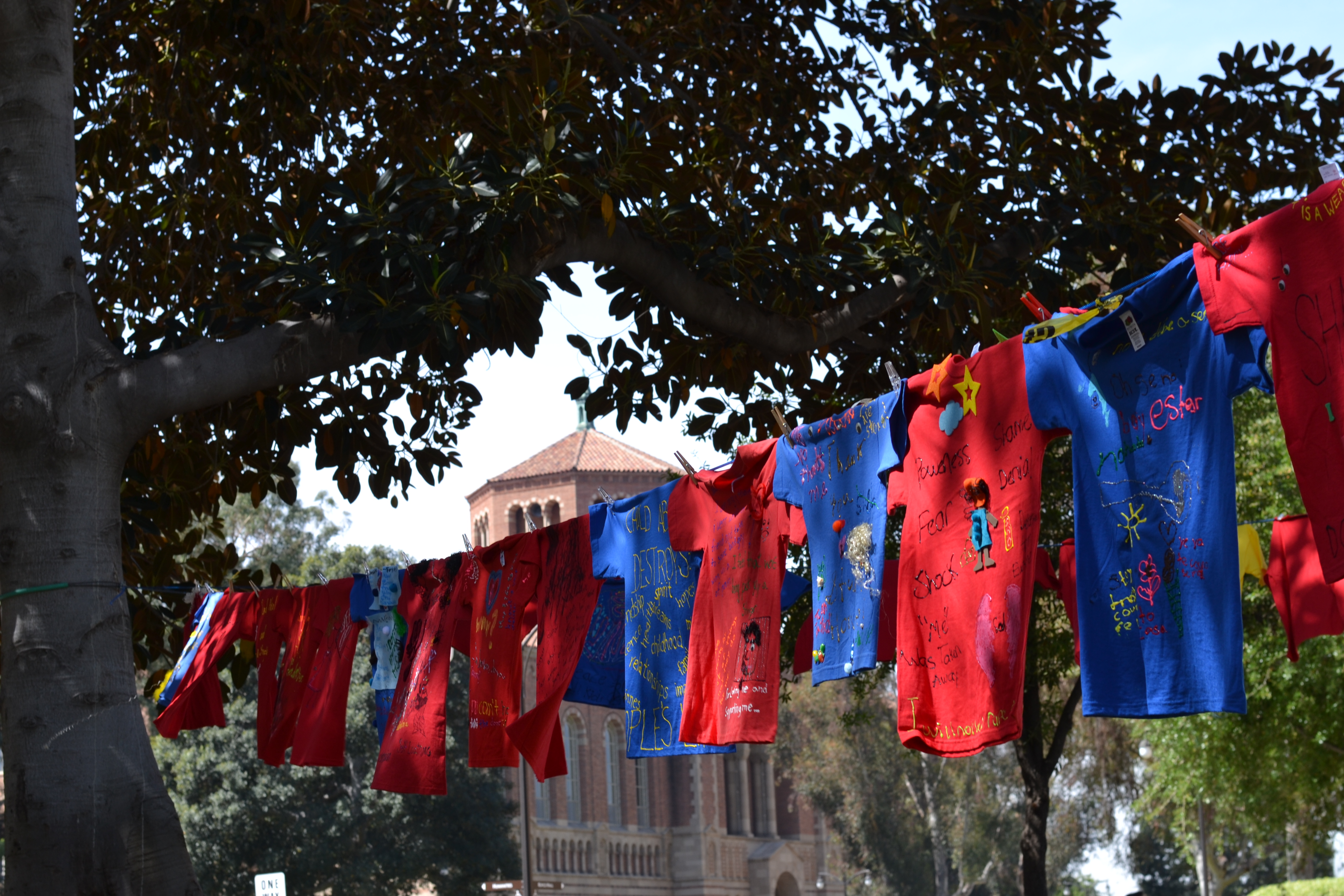 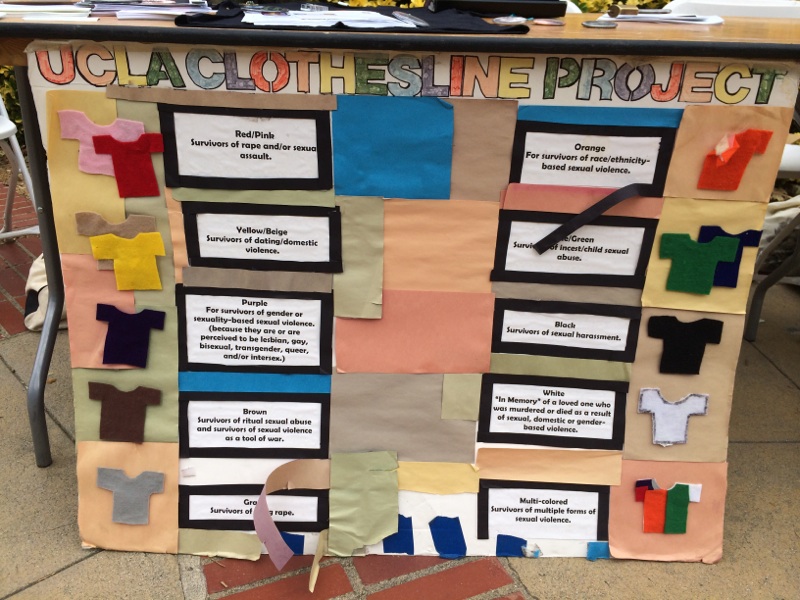 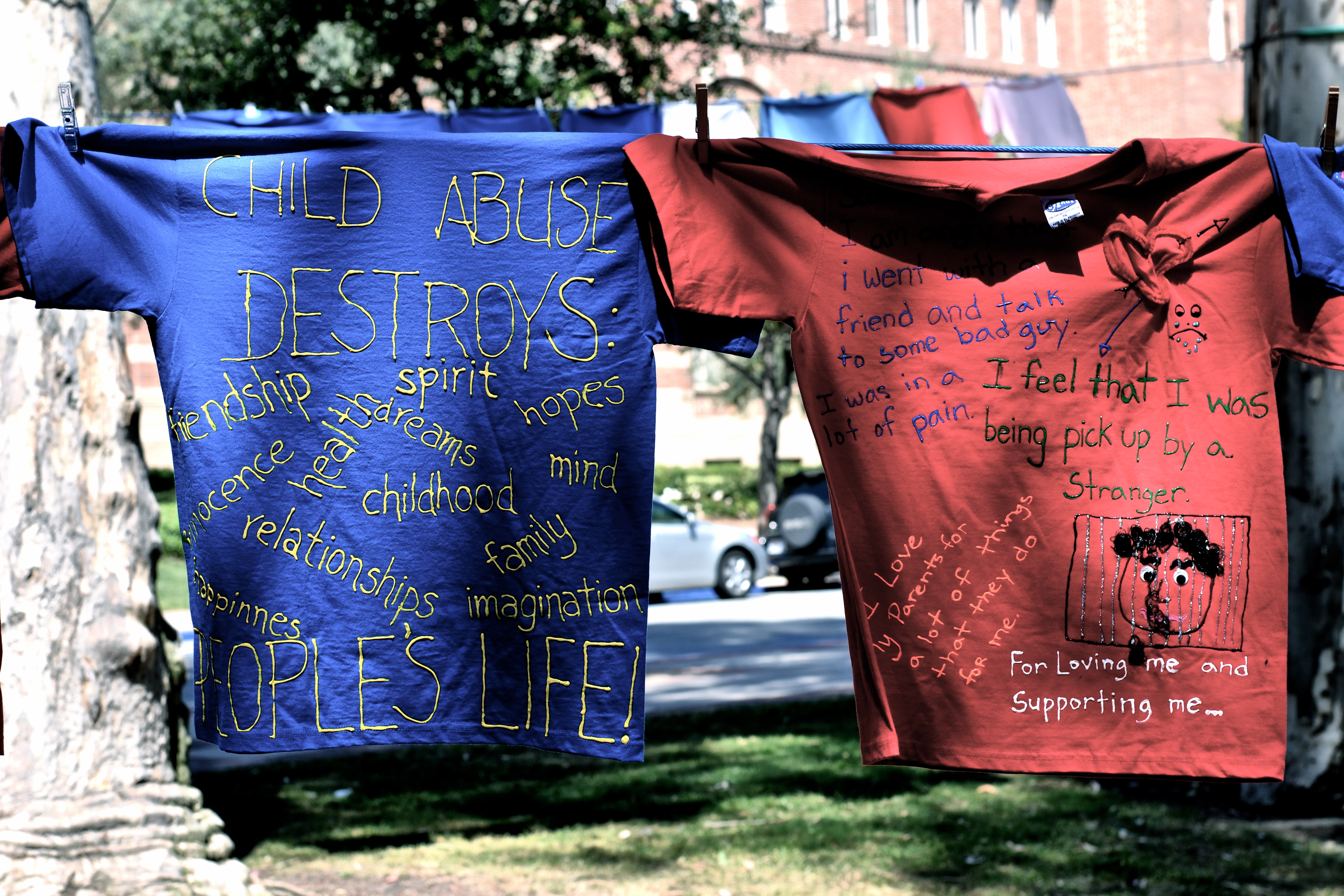 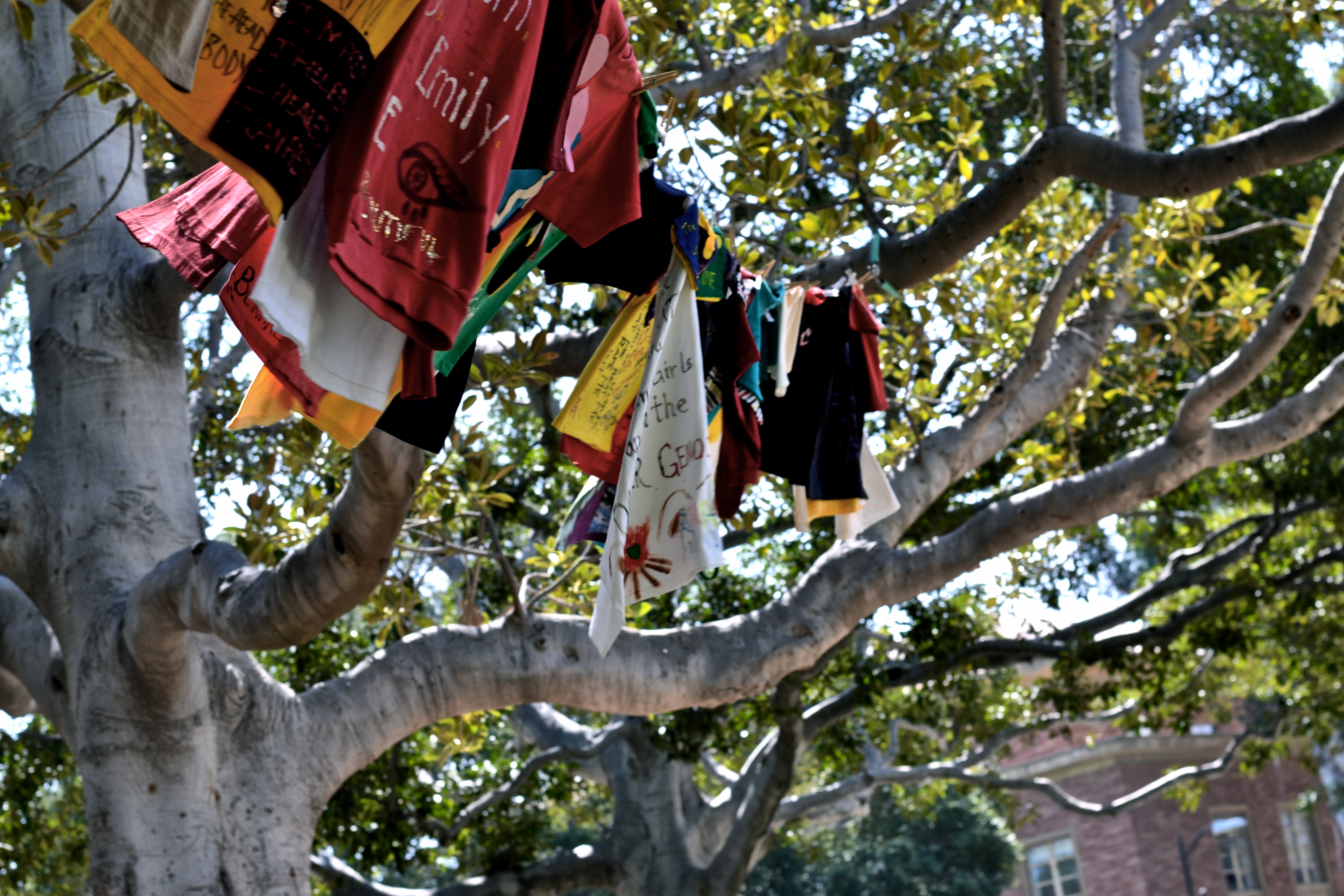 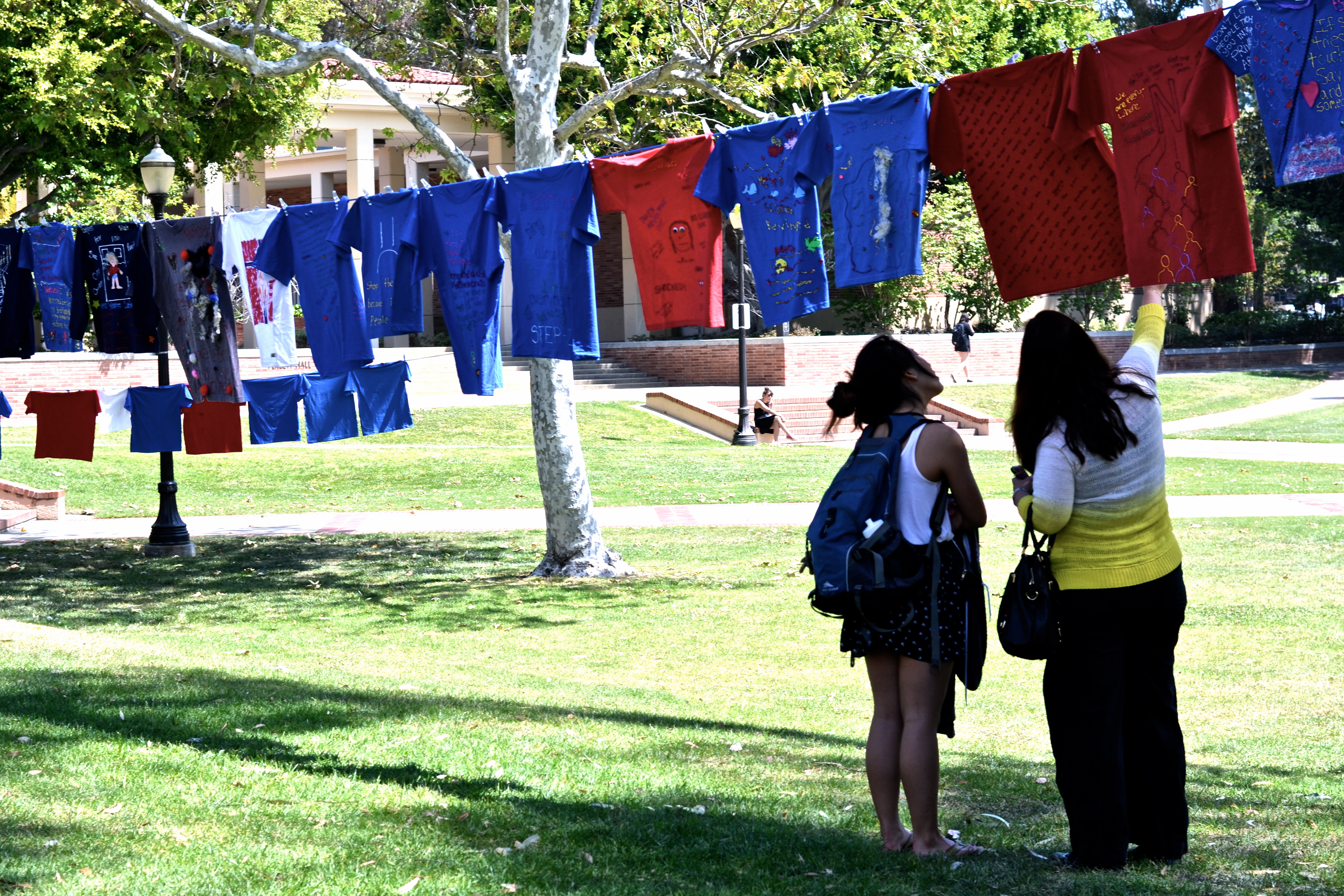 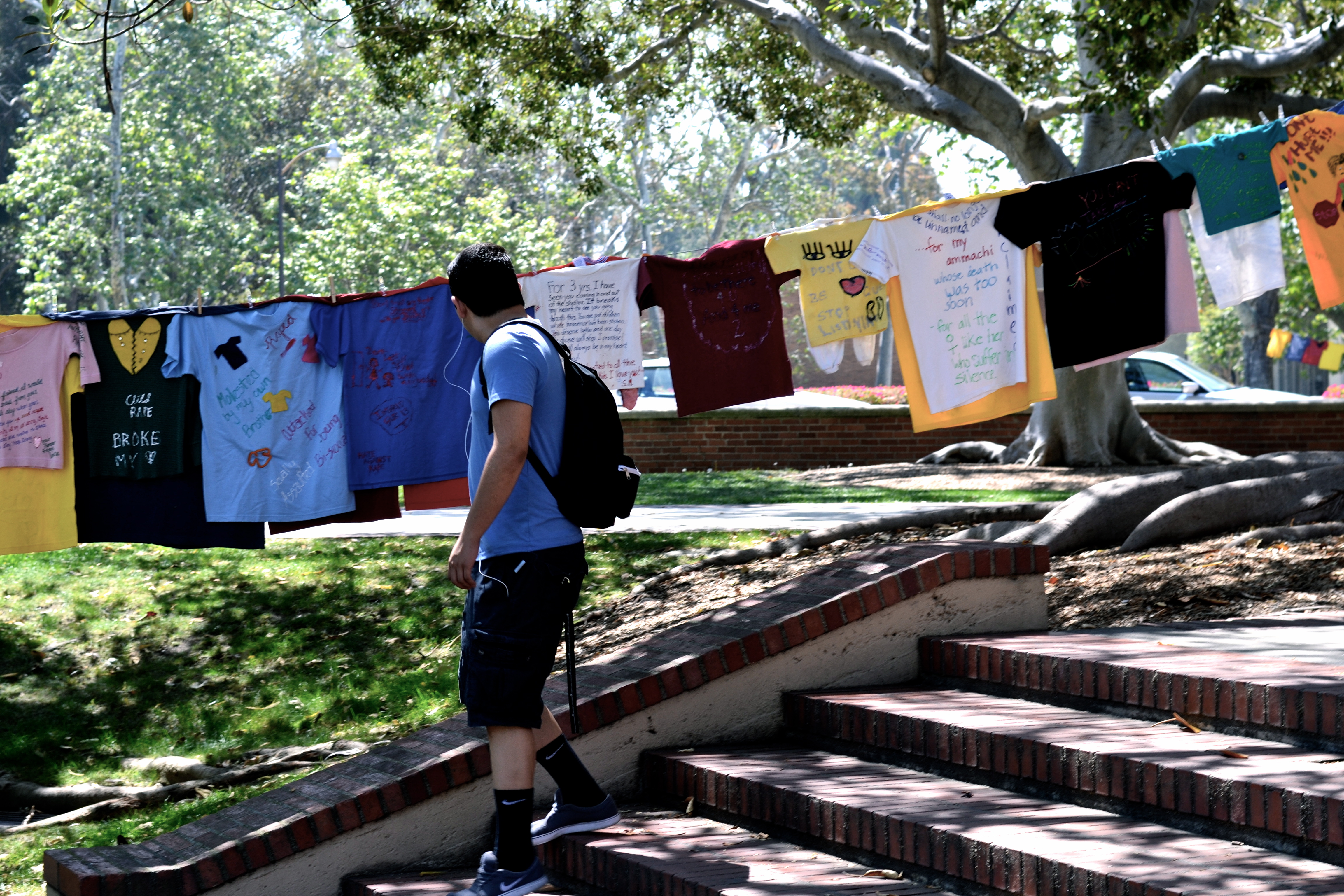 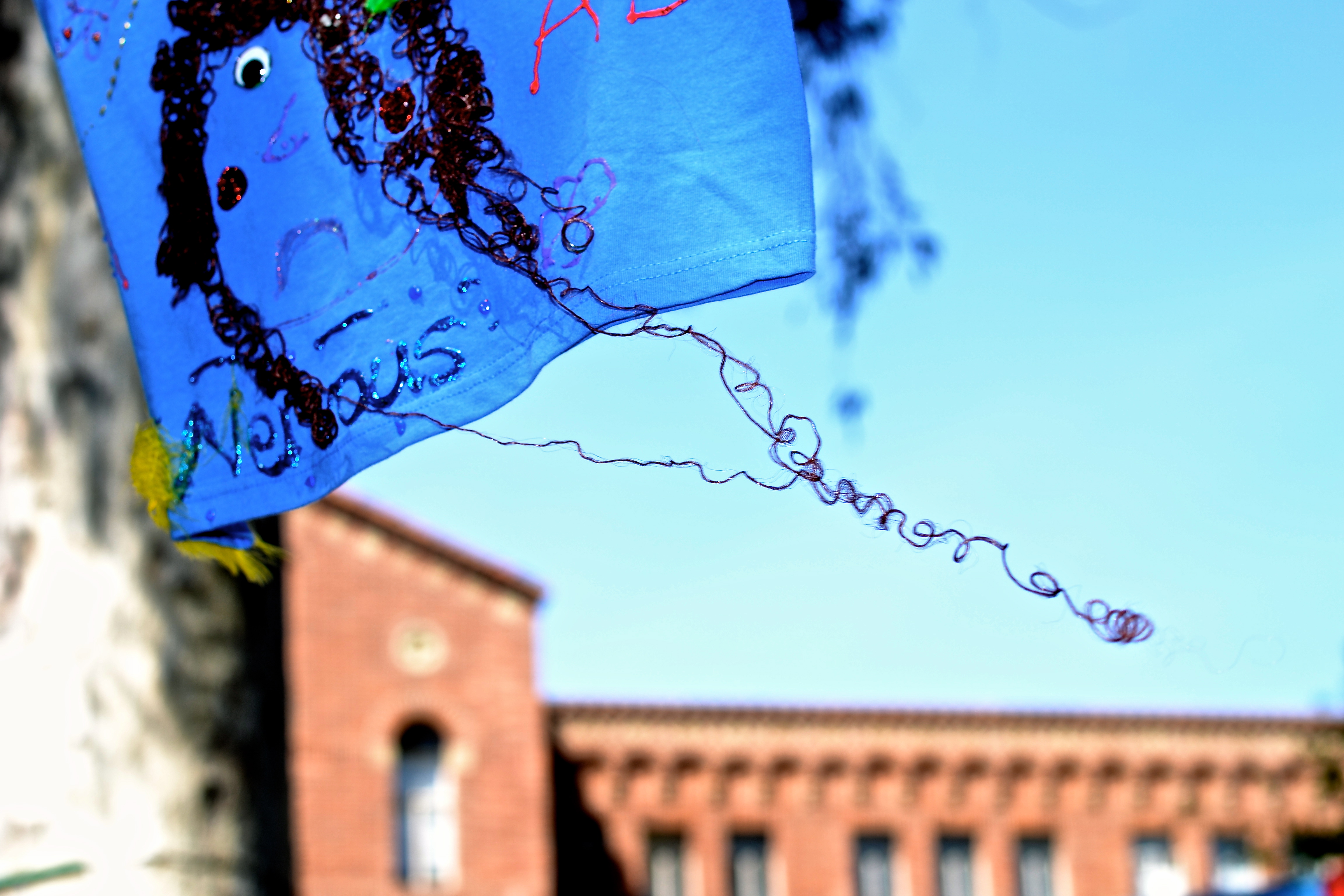 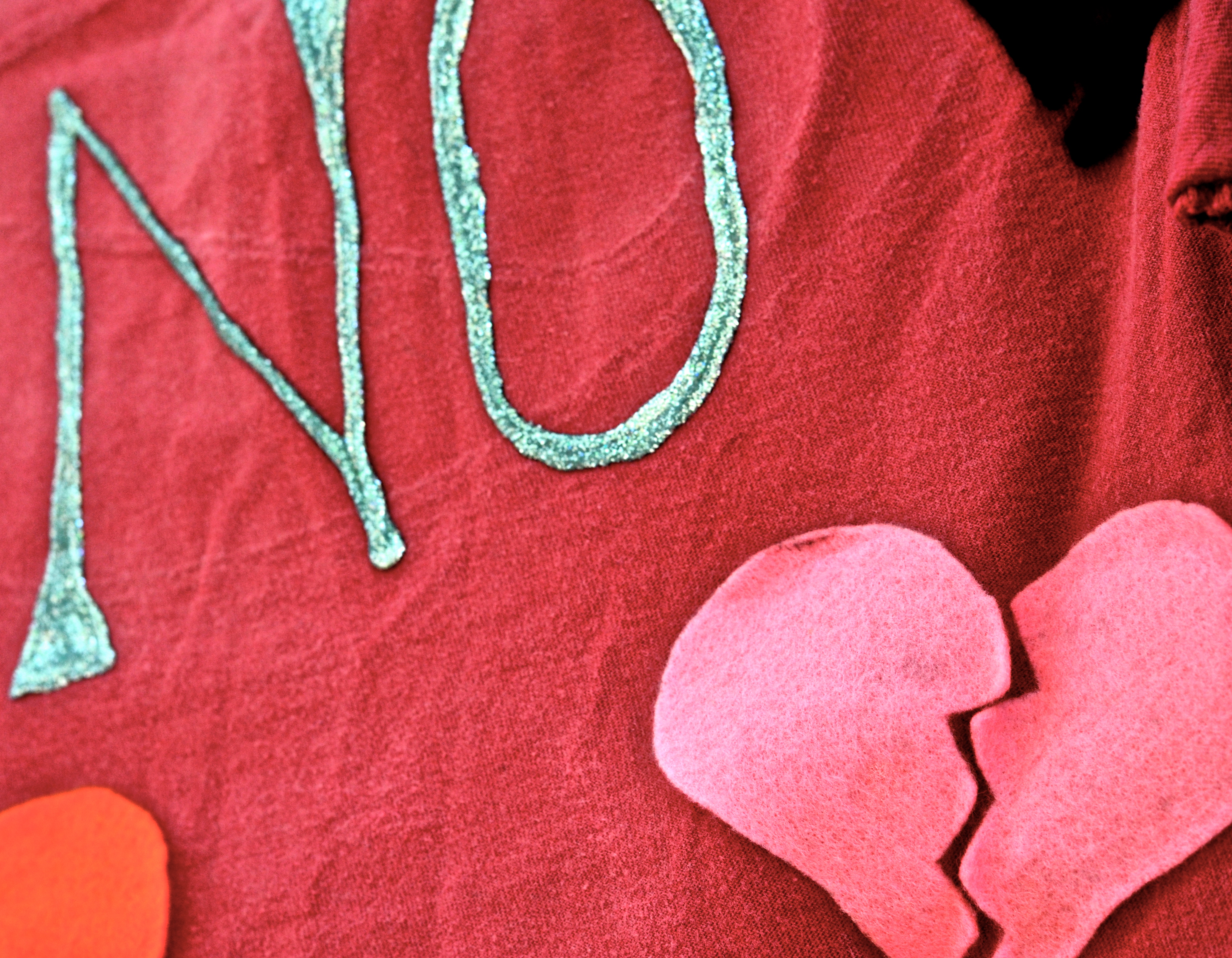 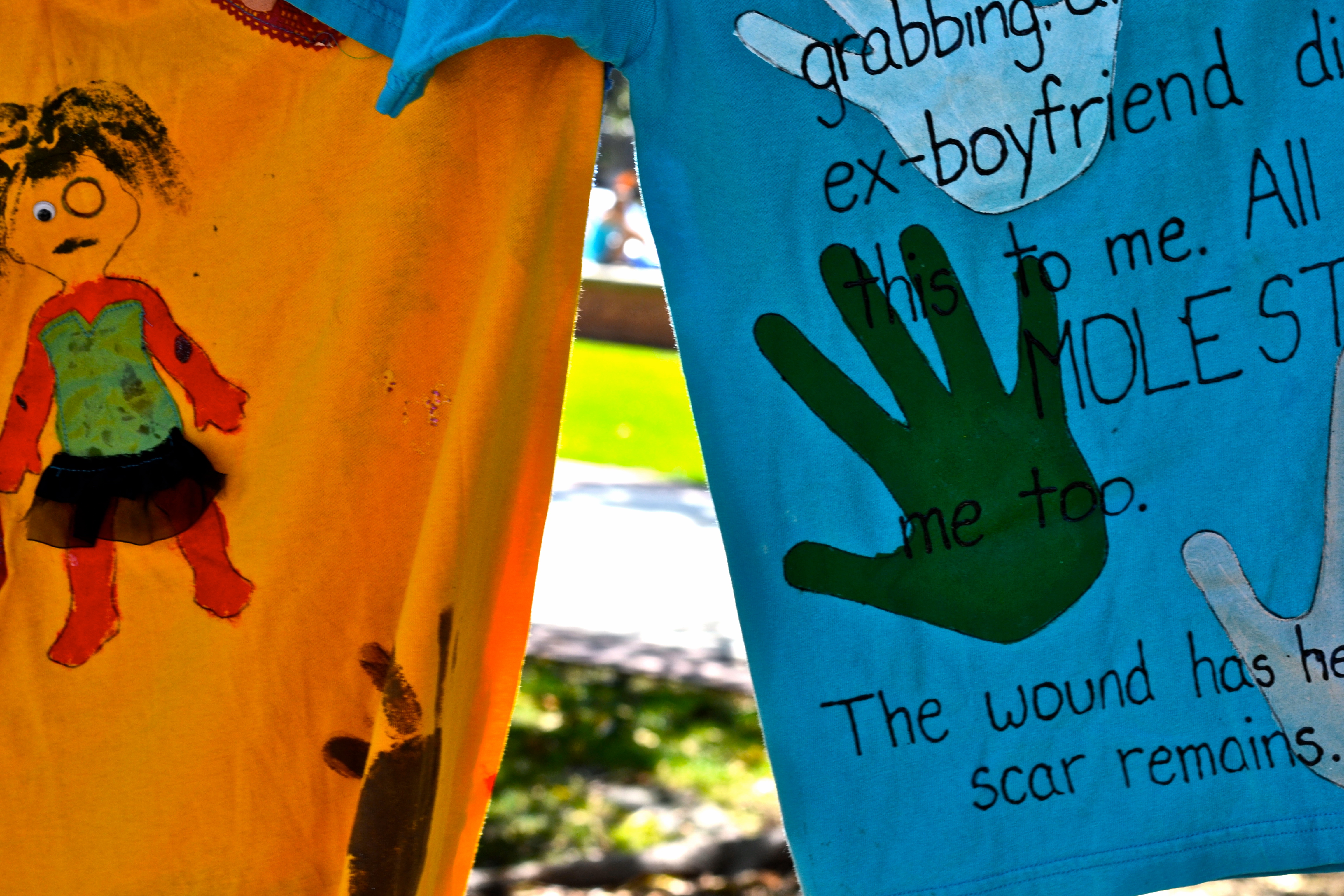 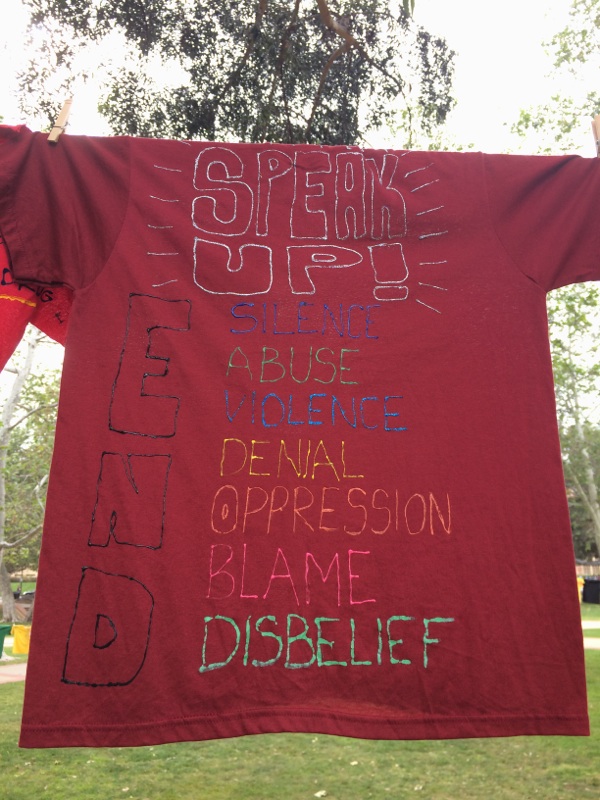 “The Clothesline Project (CLP) is a program started on Cape Cod, MA, in 1990 to address the issue of violence against women. It is a vehicle for women affected by violence to express their emotions by decorating a shirt. They then hang the shirt on a clothesline to be viewed by others as testimony to the problem of violence against women. With the support of many, it has since spread world-wide.” –The Clothesline Project

To view their site and find ways to continue the fight against violence while supporting others:

The shirts are color coded to show the form of abuse and whether the victim survived the abuse they experienced.

Red or pink: Survivors of rape and/or sexual assault

Purple: Survivors of gender or sexuality-based violence (because they are or are perceived to be lesbian, gay, bisexual, transgender, queer, and/or intersex).

Brown: Survivors of ritual sexual abuse and survivors of sexual violence as a tool of war.

White: “In Memory” of a loved one who was murdered or died as a result of sexual, domestic or gender-based violence.

April is Sexual Assault Awareness Month. To view the events designed to educate students on how to fight against gender-based violence click on the link below!