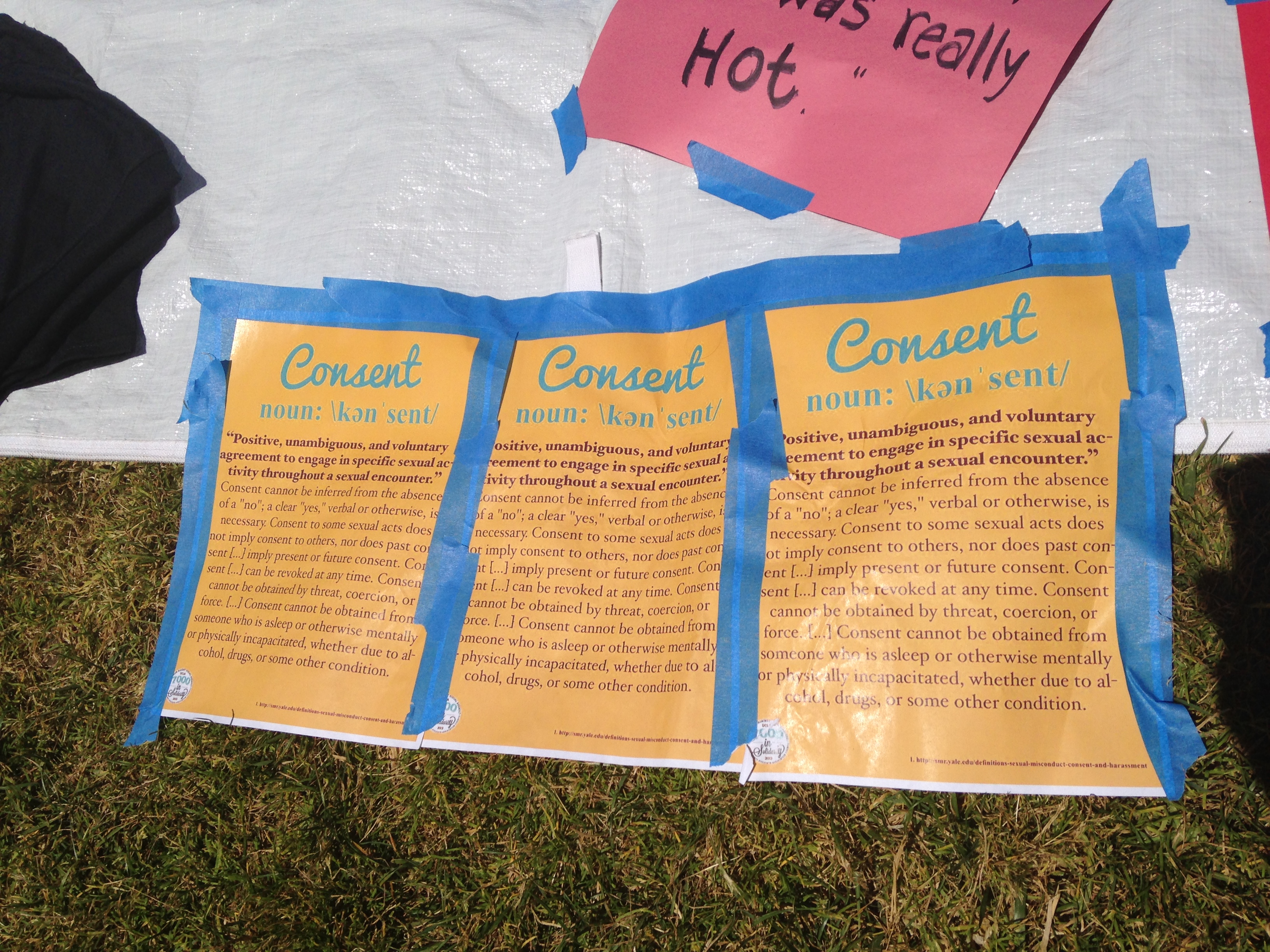 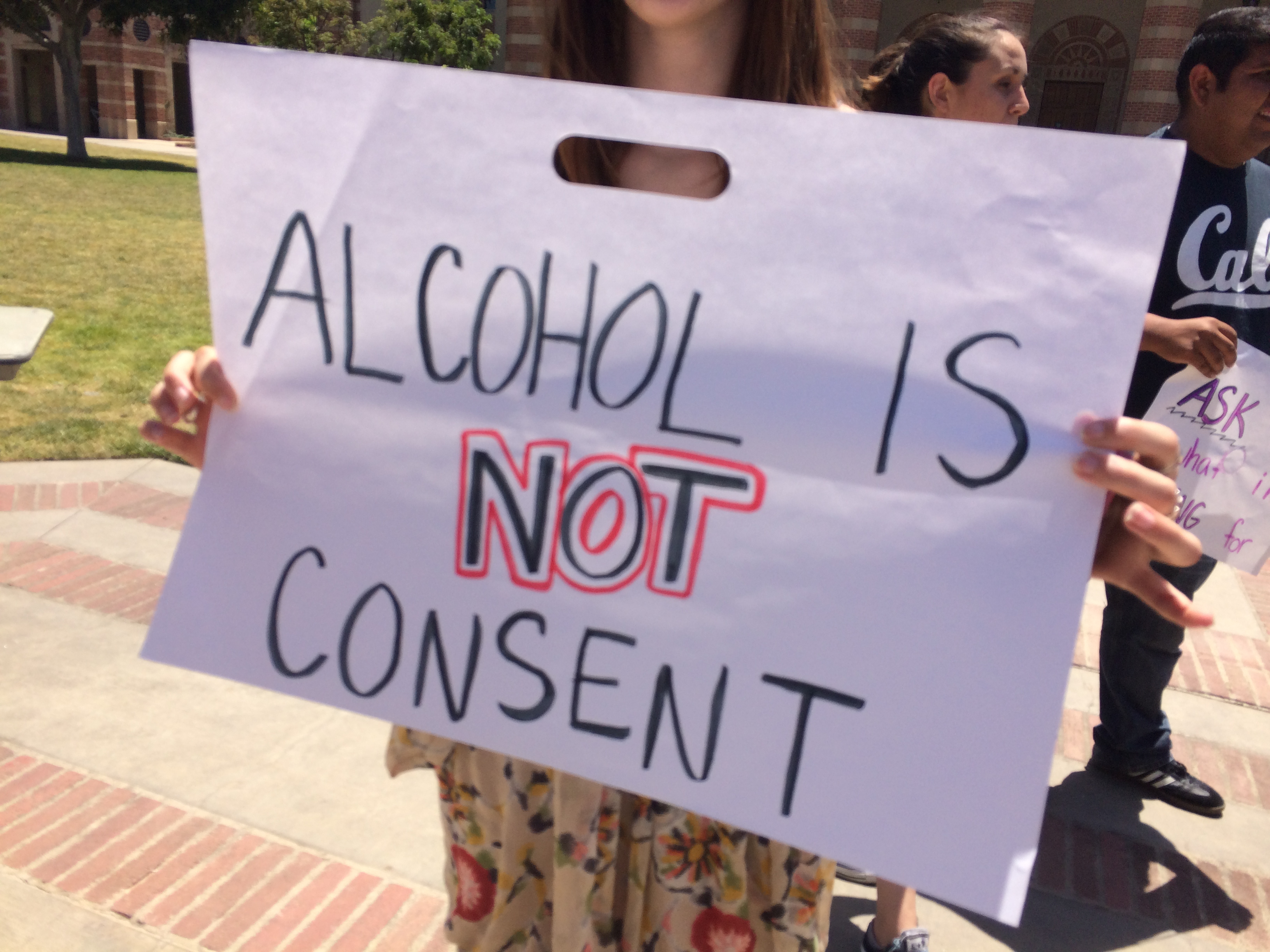 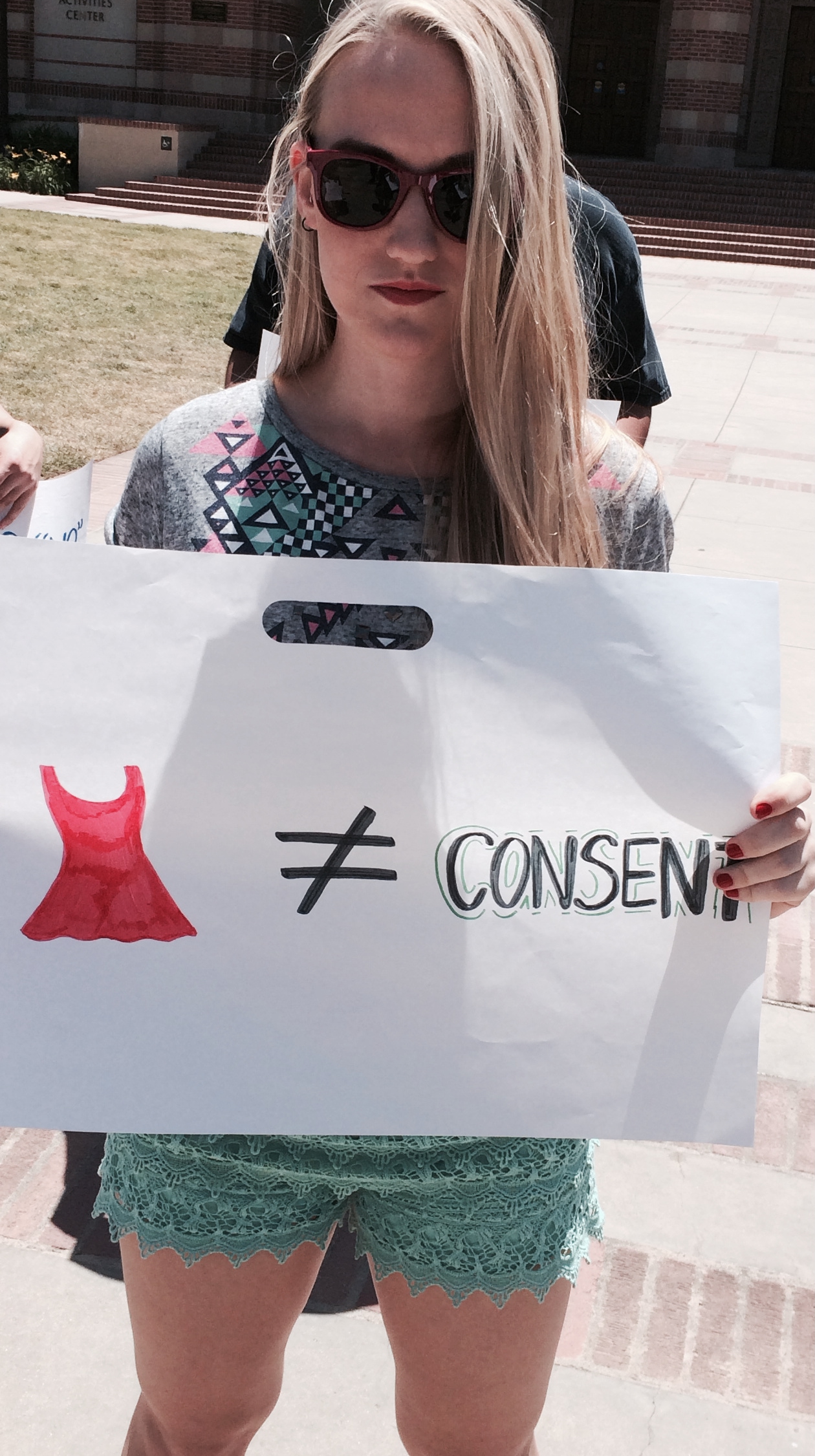 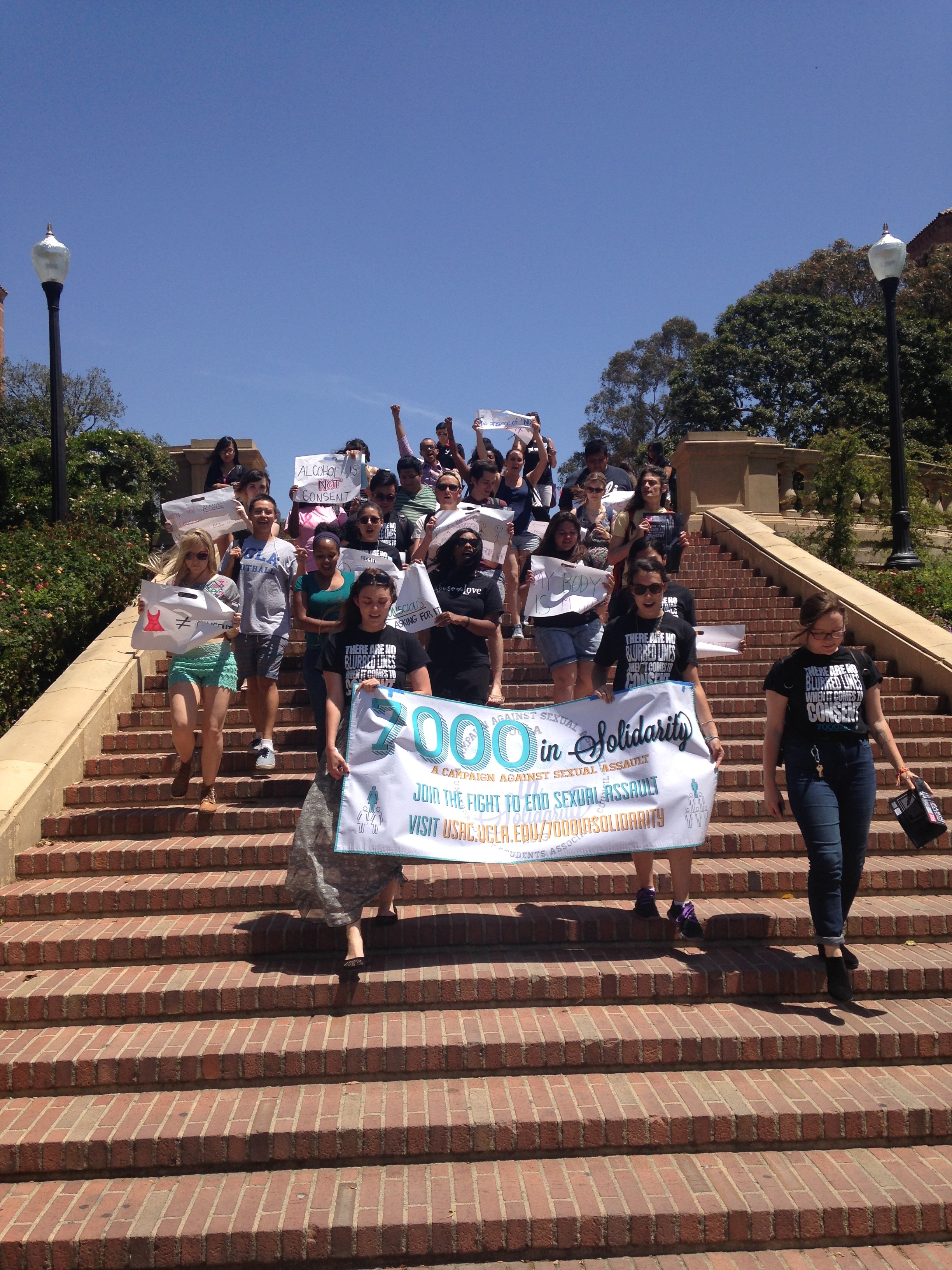 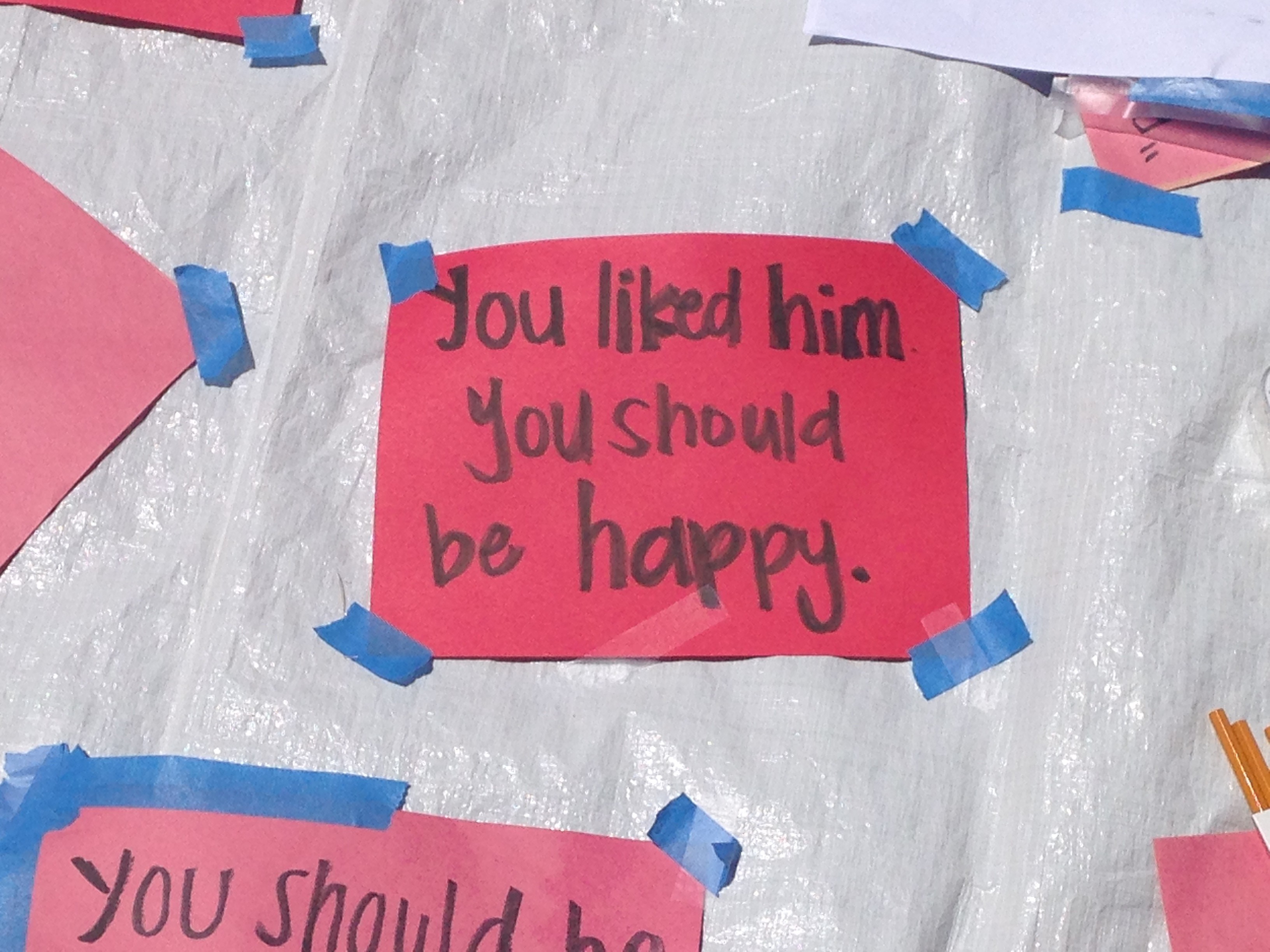 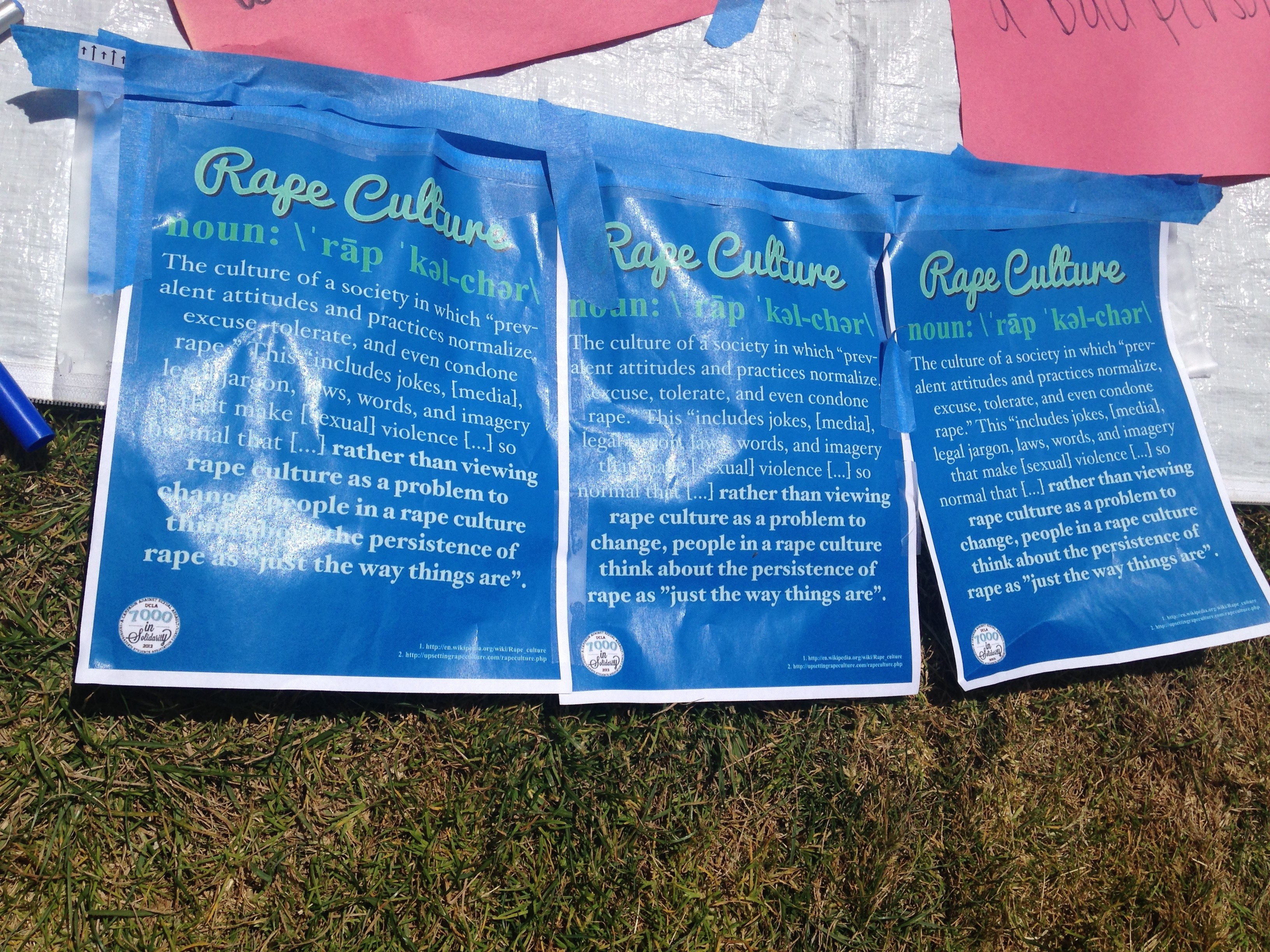 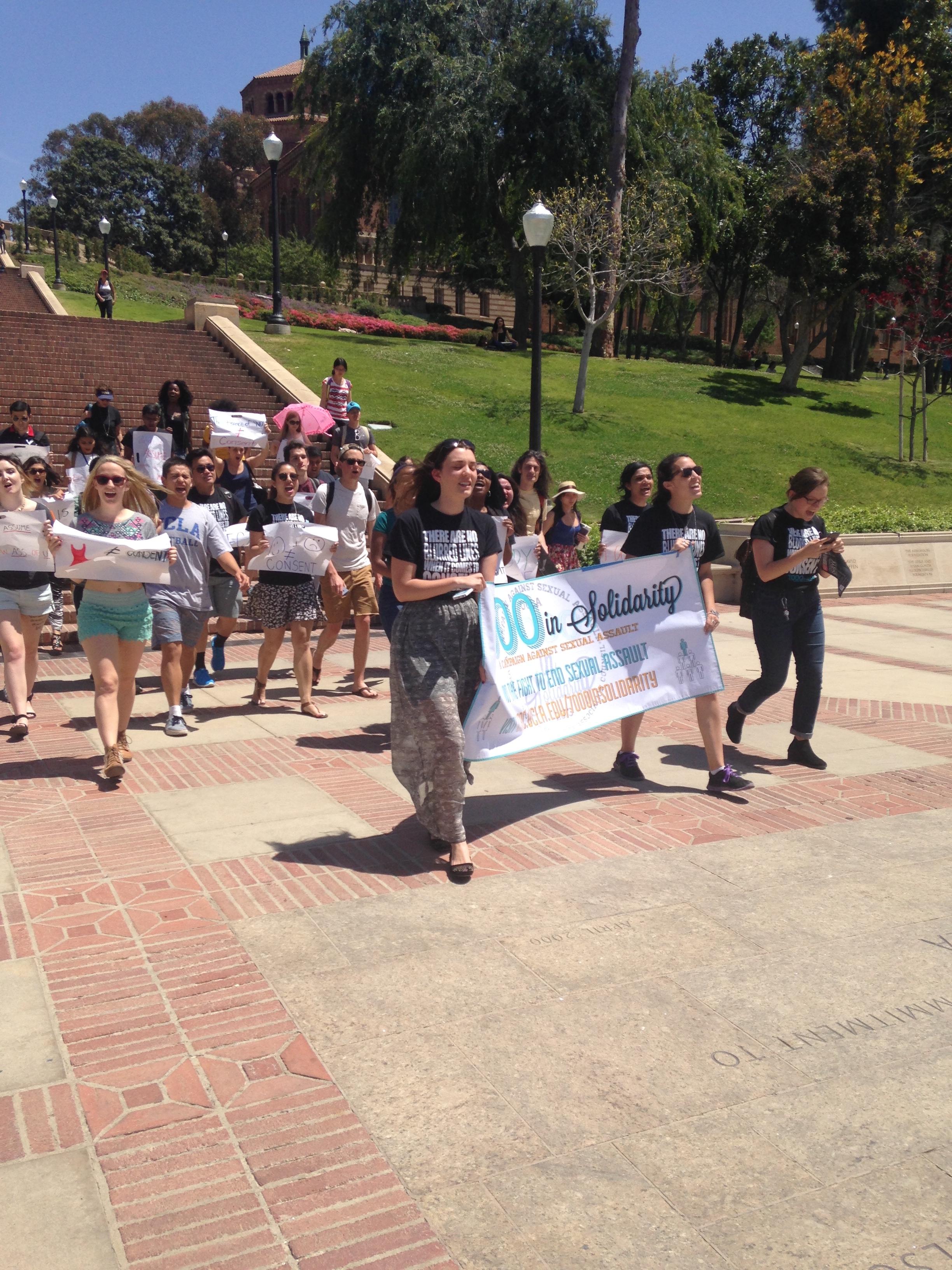 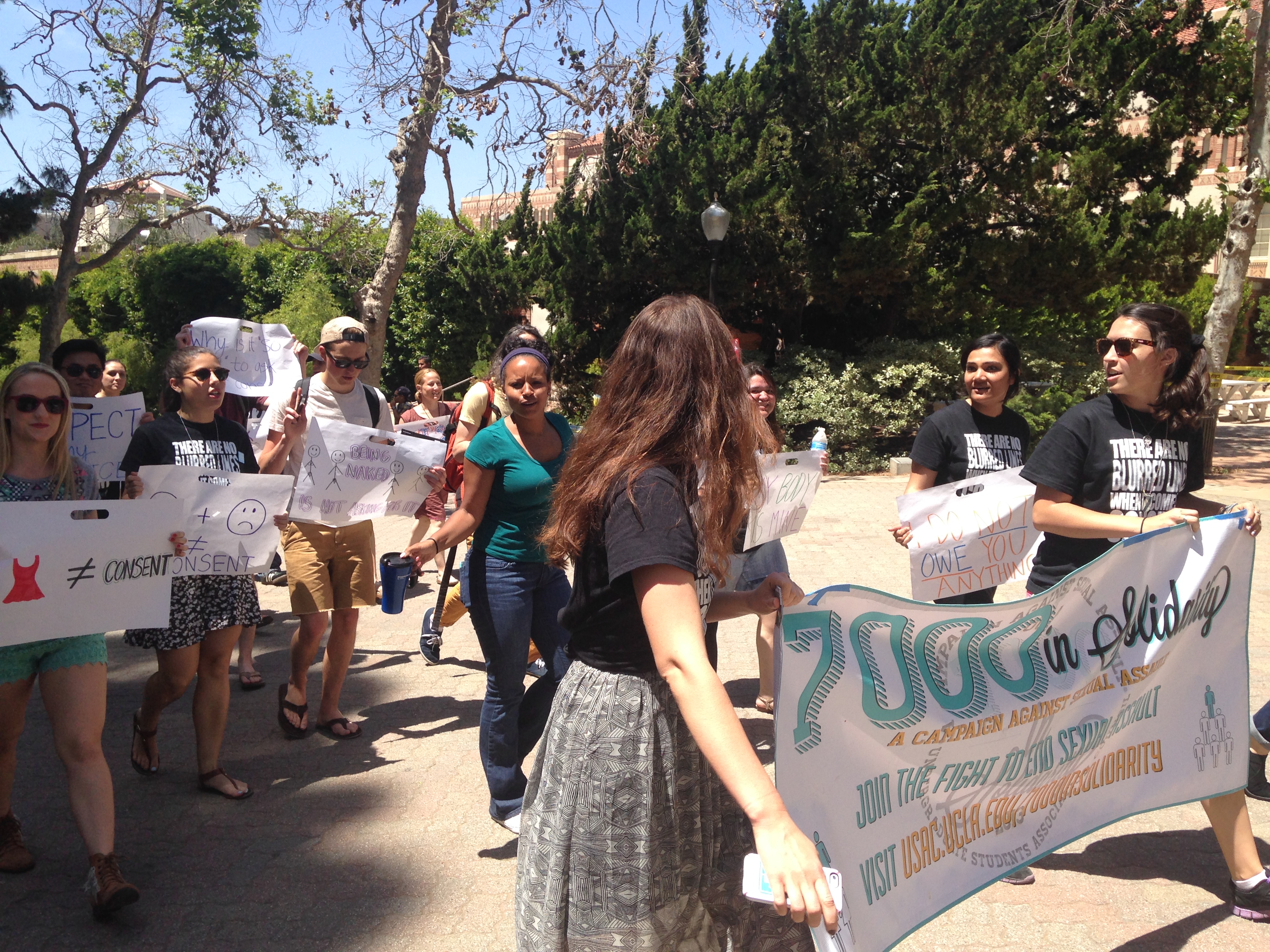 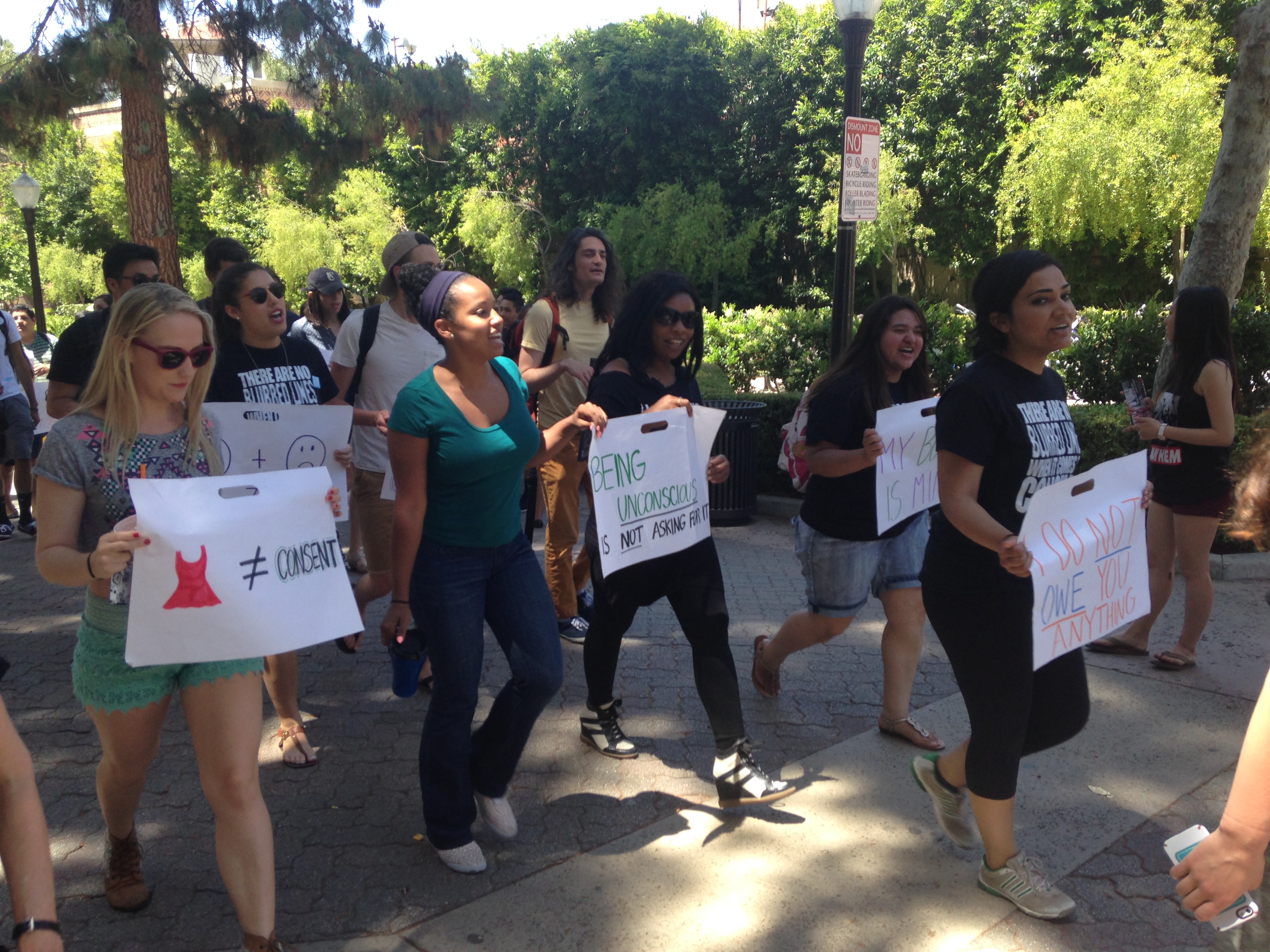 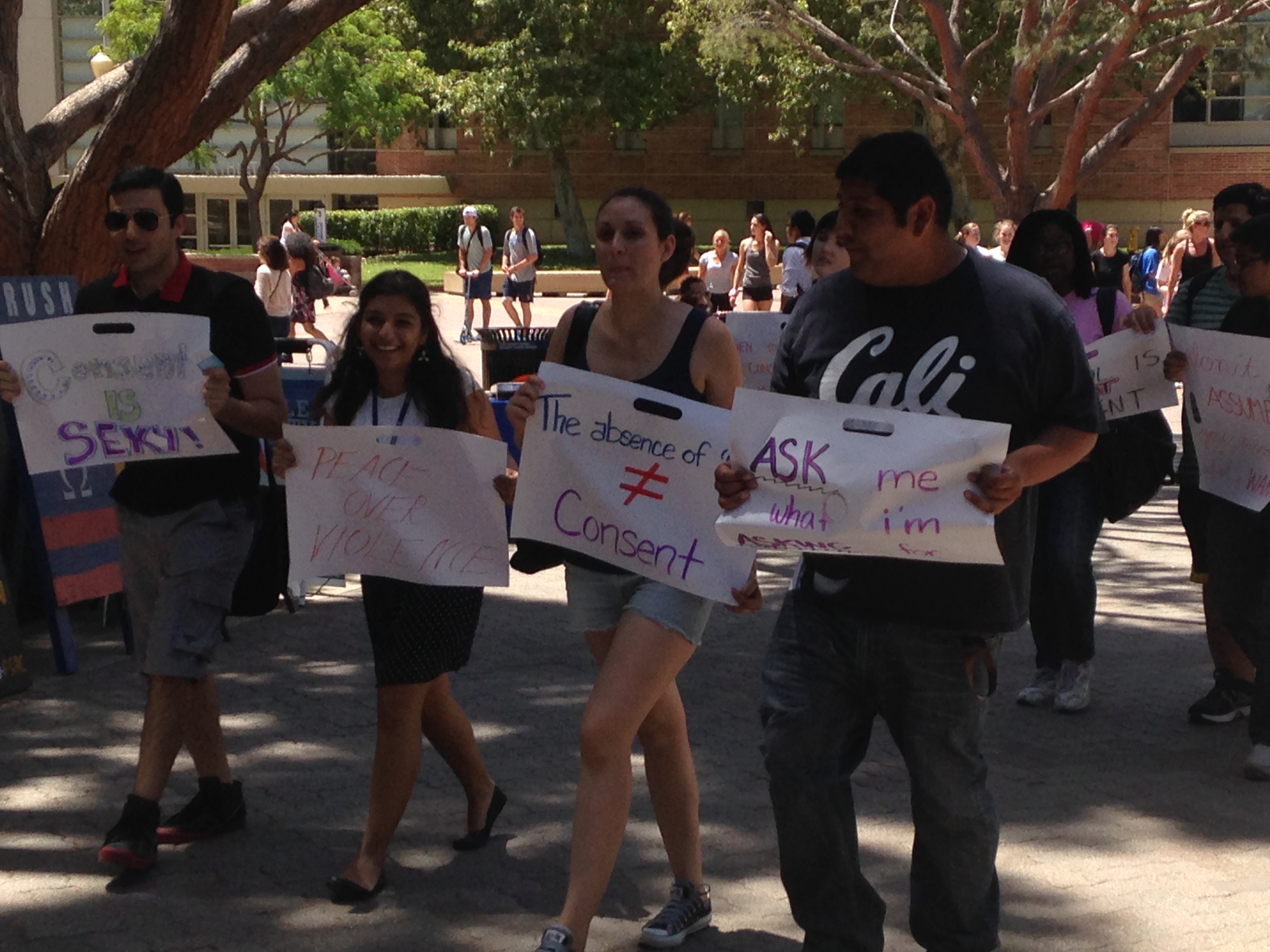 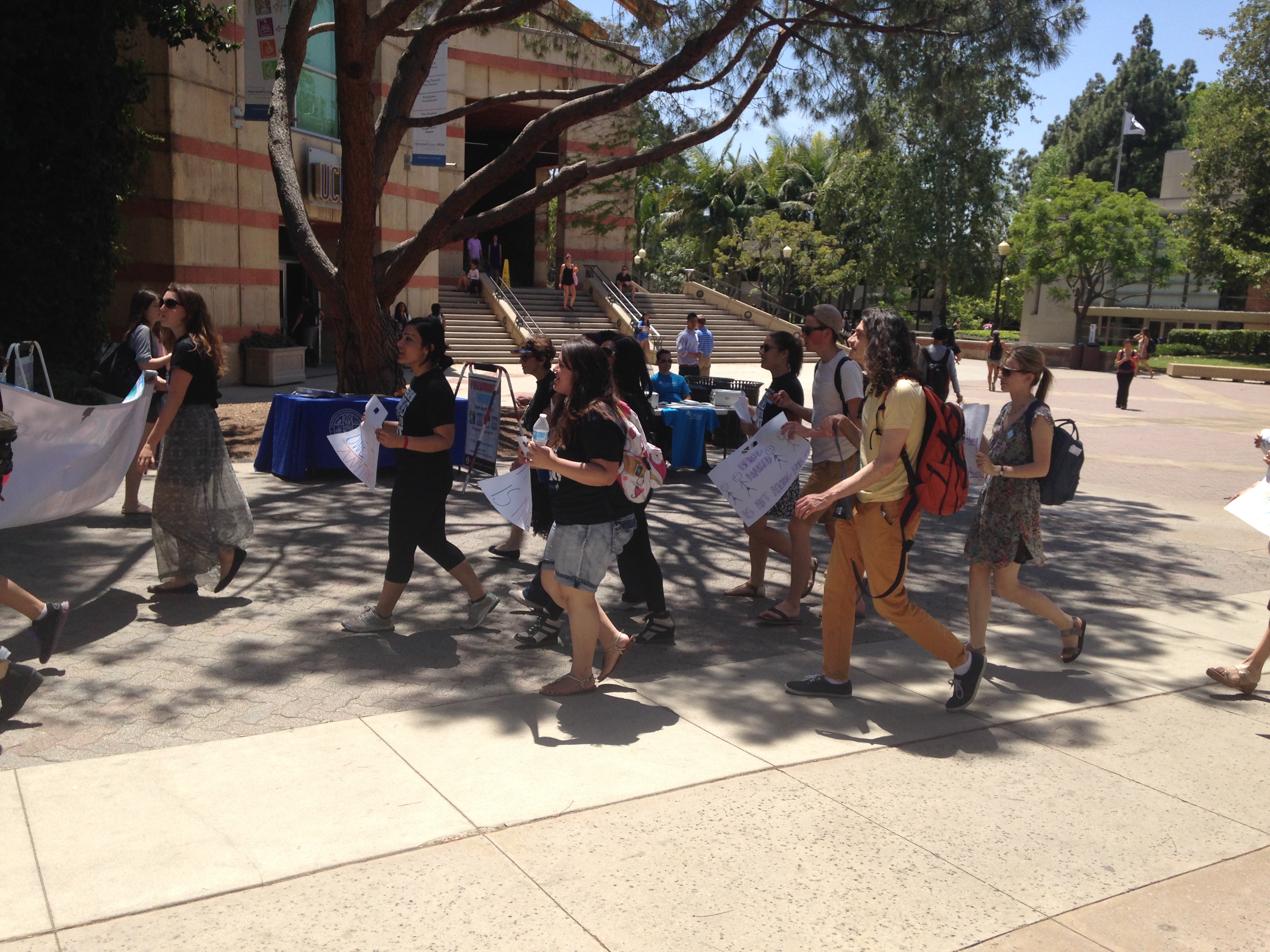 Today I participated in Consent Walk, an event hosted by 7000 in Solidarity to inform students about the meaning and significance of consent. While survivors and advocates united in order to march throughout campus with signs explaining “We Don’t Owe YOU Anything” and “The Absence of ‘No’ Does Not Equal Consent,”  I was able to reflect on what I’ve learned as a student at UCLA and on what I wish I would have known earlier.

As April comes to a close, I am reminded of the importance of having a month dedicated to raising awareness about sexual assault. Being able to generate awareness is one of the main reasons I decided to become the Editor-in-Chief of FEM, because early on in my college career I realized just how effective it truly is.

I remember the first time I learned that I had experienced sexual assault and understood what it meant to give consent.

It was four years ago and I was sitting in Ackerman Grand Ballroom for the “New Student Orientation” presentation on sexual assault. While many of us initially seemed uncomfortable with the talk, we came together to raise our hands following the question, “Has you or anyone that you know experienced sexual assault, rape, or intimate partner abuse?” I didn’t raise my hand for myself, but thought of my friends and family members who had recounted experiences of abuse, trauma, and healing. I didn’t think I could identify with them because they had forcefully said no, been physically abused as a means of coercion, and/or tried to escape.

Looking at the amount of hands raised in a large ballroom led me to feel connected to people I barely knew and immediately caused tears to well up in my eyes. How could there be THAT many people raising their hands? Back then I didn’t have an answer.

While different presenters shared their stories of sexual assault at the front of the room, the final speaker was a graduating senior who asked us, “Can you be sexually assaulted and/or raped by your significant other?” Although today my immediate response would be “yes, of course,” I had to think about it because I wasn’t sure. I thought about certain expectations and behavior that were seemingly condoned because a couple had entered into a private and exclusive partnership. I thought about what I had seen in my friends relationships and my own.

Was it okay to be pressured into losing your “virginity” if someone convinced you that you were “leading them on”? Was it okay to give into sexual activity as a kind of compromise? Was it okay to let someone try and persuade you to do something you didn’t want to do?

As she told her story, intense feelings of fear and anxiety spread over my entire body. She spoke about being in a committed relationship with her boyfriend of one year and waking up to find him having sex with her. She was asleep, she could not provide consent, but when she asked him to stop he refused by saying, “We’ve already done this a million times before.” To her boyfriend, their “established” sex life assumed prior and constant consent regardless of the situation.

For months after this traumatic experience, the speaker confessed that she didn’t know how to process the situation and had started to believe her boyfriend was somehow right. It was only after attending a lecture on sexual assault that the speaker learned the reality of her experience and realized that she was raped. She told us that upon learning this, she finally understood her depression, fear, and desire to break up with her boyfriend.

In my own way, I was able to connect with her story of intimate partner abuse and left that presentation feeling a strange sense of empowerment combined with an even more overwhelming feeling of sadness.

I didn’t want it. I was nervous when I said no. I kept resisting. He ignored my lack of consent. He told me I had to. He made fun of me afterwards. THAT is why I left my boyfriends house crying six years ago. I always thought my tears were an accumulation of him belittling me for my gender, telling me there were many things I couldn’t do, and allowing his father and brother to join in on the “women jokes” against me as well. While my continual mistreatment might have been a part of it, my tears were more of a reaction to an experience I wasn’t given the dialogue to process or understand.

I was always taught to “wait to have sex until you’re married,” but I was never taught how to give consent, or recognize the disregard for my choice in sexual decisions regarding my body. I wasn’t taught that consent was something that could be ignored and mocked by a boyfriend. I was taught that strangers were out to get me, but never thoroughly understood that the people I were close to could be abusers as well.

I had no one to tell because I wasn’t supposed to be engaging in sexual activity anyway. I was supposedly “too young” to receive information regarding healthy sexual experiences within relationships, but you are never too young to learn consent, practice it, and know when it is being taken away.

He broke my voice; now I break the silence.

Check out this helpful information regarding the definition of consent!

Anti-Blackness and the Case of the BBRC