Source: “Paywall” by inky is licensed under CC BY-SA 2.0

Image Description: A newsstand in San Francisco, California is locked with different colored padlocks, despite stickers that read “FREE” advertising the newspapers.

The Washington Post let me read one article before a paywall blocked my screen. An ironically-placed ‘Subscribe To Continue Reading’ pop-up then appears beneath their website’s “Democracy Dies in Darkness” slogan banner. Darkness, in this case, is not misinformation; it is the selective access to information in general.

With social media becoming the primary source of news for many in the 21st century, this new digital age no longer leaves space for print newspapers — prompting the newspaper industry to survive primarily online. In this virtual sphere, information is typically free and easily accessible, until it is not.

A paywall is a way to block content from the provider to the consumer. They are most commonly seen in the form of a digital window with a phrase along the lines of “Special Limited-Time Offer!” mixed with “You’ve reached your limit of free articles.” Similar to a locked gate or door, a paywall in journalism physically restricts access to articles in two main forms.

A “hard” paywall allows little to no content to be accessed for free and typically only displays a preview of the article before being placed on lockdown. A “soft” or “metered” paywall is present in almost every major news website and allows readers to enjoy anywhere from 1 – 20 free articles, depending on the criteria established by a specific newspaper company. Regardless of the form, all paywalls do the same thing and produce the same consequences.

There has been a steady decline in both print and digital newspaper circulation revenue since 1990 and it has been even more pronounced for ad revenue, according to the Pew Research Center. While newspaper ads brought in a reported $12.45 billion in 2019, ad revenue hit an all-time low in 2020 with only $8.8 billion coming in — resulting in company layoffs at larger newspapers like The Los Angeles Times and entire business closures at smaller newspapers like The California Times’ Glendale News-Press.

With both circulation and ad revenue declining in recent years, major newspapers like The New York Times, The Wall Street Journal, and The Guardian have begun expanding online platforms to garner more digital subscribers. The New York Times’ 7.9 million digital subscribers, the largest following across the board, brought in the majority of their earnings with $342.6 million in the third quarter of 2021 alone.

In other words, paywalls are now an expected part of how we receive news, as they bridge the financial gap that the online sphere has created. The labor that provides high-quality journalism is not free, nor should it be. But even while recognizing this and understanding why paywalls exist, it is still important to understand and critique them as tools of digital inequality before anything else.

The issues surrounding paywalls are not new by any means, but the dangers of free misinformation have been exacerbated by the COVID-19 pandemic. Earlier this month, the House of Representatives Select Subcommittee on the Coronavirus Crisis held a hearing detailing their inquiry on the spread of COVID-19 misinformation through social media. Chairman James Clyburn (D-SC) began the hearing by explaining that, “By feeding the American public falsehoods about the virus, vaccines and treatments, these bad actors make it harder to distinguish between legitimate and illegitimate sources of health information.”

It is hard to distinguish between legitimate and illegitimate sources of information, especially when “Tromethamine: Heart Attack Drug Secretly Added to Pfizer Children’s COVID Vaccines” and “VP Harris still hasn’t visited southern border, but migrant children receive Harris’ children’s book in welcome kits in CA” is free and widely available but “What is tromethamine? It is used to stabilize Covid vaccines” and “No, officials are not handing out Harris’s picture book to migrant kids” is available only with a monthly subscription.

Despite the widespread influence that misinformation can have, its spread does not affect everyone equally. For Black, Latino, and Indigenous Americans, pre-existing socioeconomic disparities can hinder their ability to purchase monthly news subscriptions — effectively weaponizing paywalls against low-income communities of color.

In the city of Los Angeles, white households have a median net worth of $355,000. This is over 100 times more than the $3,500 median net worth of Mexican and Black households within the city. With a subscription to The Los Angeles Times ranging between $98 to $208 per year, it seems unlikely that this costly non-essential good would be consumed by low-income Black or Latino Angelinos.

The racial wealth gap thus creates a news subscription base that is overwhelmingly white and wealthy, and not just in Los Angeles. Across the United States, white Americans with high incomes and college degrees are more likely than any other demographic to receive their information from a print or digital newspaper subscription, in contrast to free sources of news or social media.

Under the current COVID-19 pandemic, these previously mentioned socioeconomic disparities have also resulted in disproportionately high rates of infection and death among Black, Latino, and Indigenous communities. As the main consumers of newspaper subscriptions, wealthy white Americans can afford unrestricted access to factual information regarding vaccines and COVID-19, while the communities of color most at risk for infection and death, cannot. This is just one example of why legitimate political, social, and economic information needs to be made available to everybody, especially to the communities most affected.

If news sources are not accessible to the masses, the media no longer works for the people, but rather for the highly-educated and well-off elite. With misinformation being cheap to produce and free to view, there has to be an ethical obligation to make factual news accessible. Paywalls are saving newspapers, but they are also fueling the misinformation epidemic. At what point is this tradeoff really worth it? 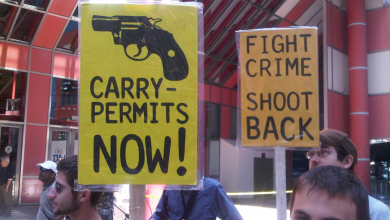 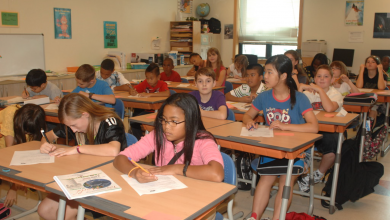