This past Wednesday, April 23rd, dozens of denim jeans and shorts could be seen spread out on the lawn in front of UCLA’s Kerckhoff Hall. On the clothing, in bold paint, were phrases such as “No = No” and “Break the Silence.” The work was a part of UCLA’s support for Denim Day USA and part of Sexual Assault Awareness month.

Denim Day, which was first officially held in April of 1999, started as a response to a rape case ruling in the Italian Supreme Court. The case was dismissed because the judge assumed that, since the victim had been wearing tight jeans on the day of the incident, she must have helped the perpetrator take them off, and therefore decided the sex had been consensual. Outraged by the result, women in Italy and the US decided to wear jeans in protest of the verdict and to support victims of sexual assault. Now Denim Day occurs every year in April, where people wear denim to protest the unjust victim blaming that occurs in issues of sexual assault.

The clothes that we choose to wear should never be held responsible for sexual assault. 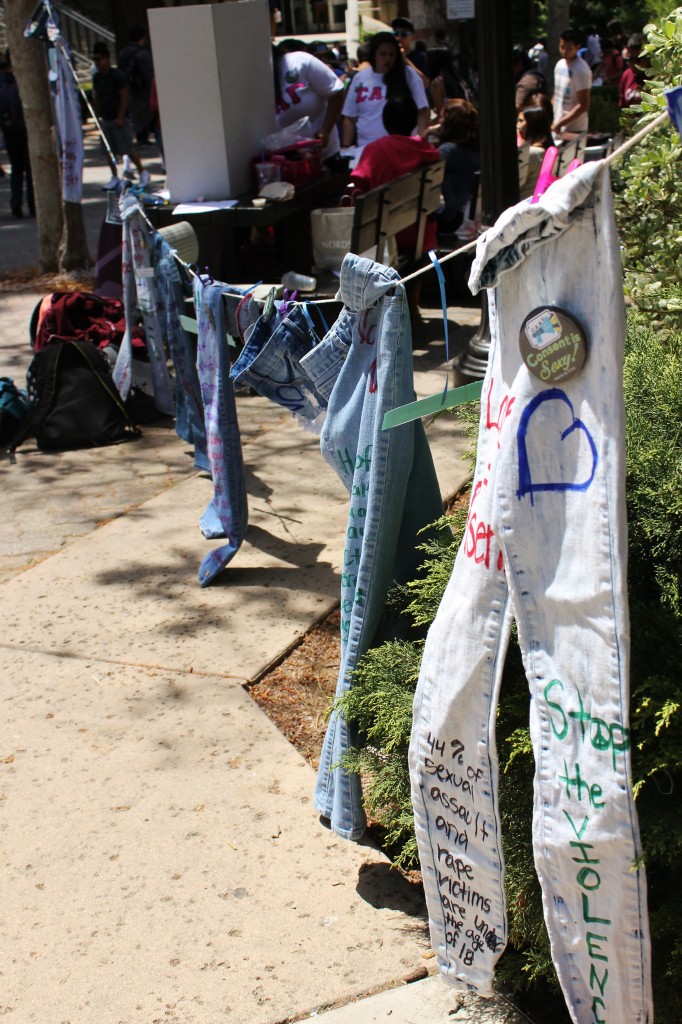 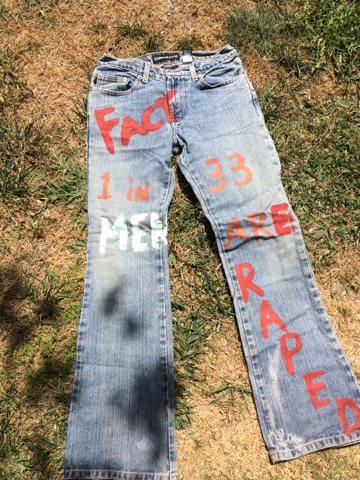 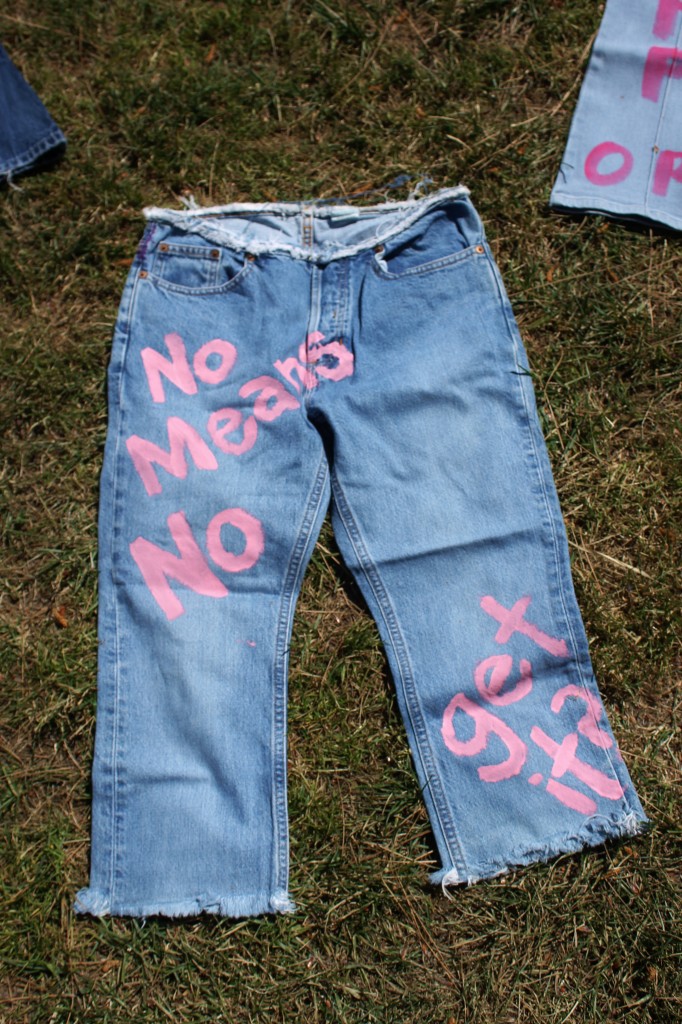 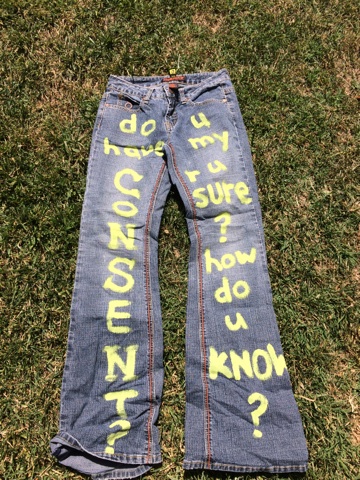 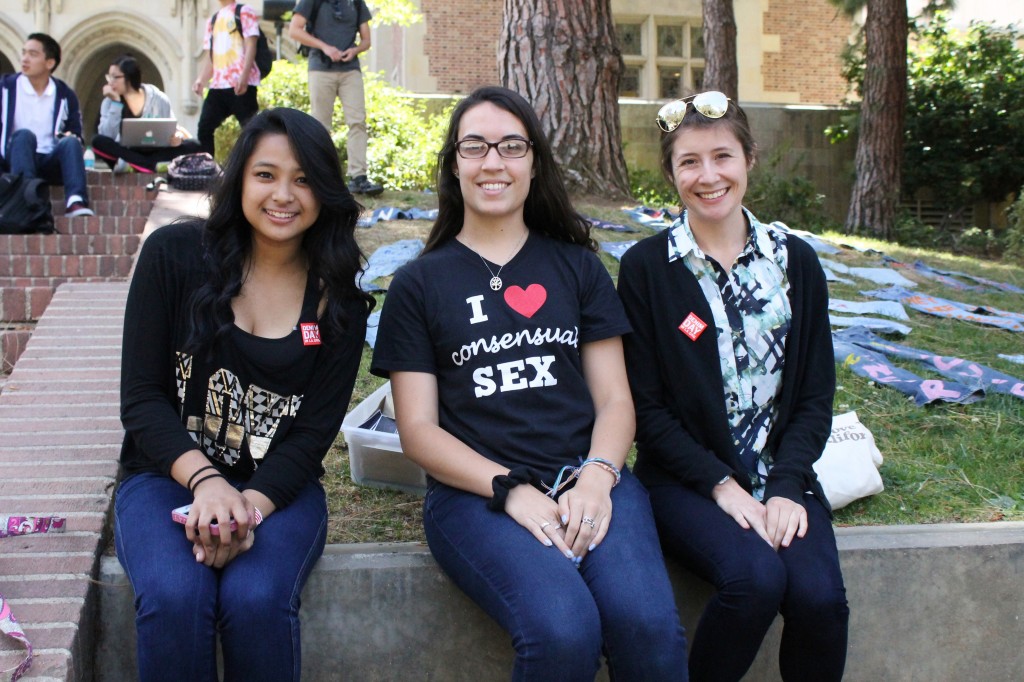 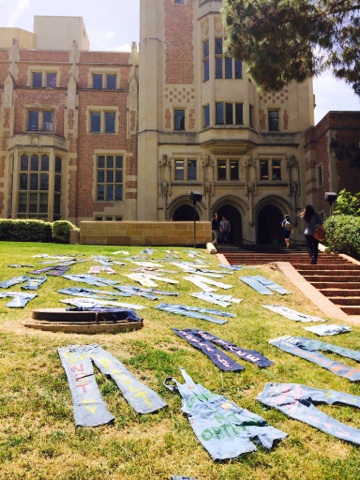 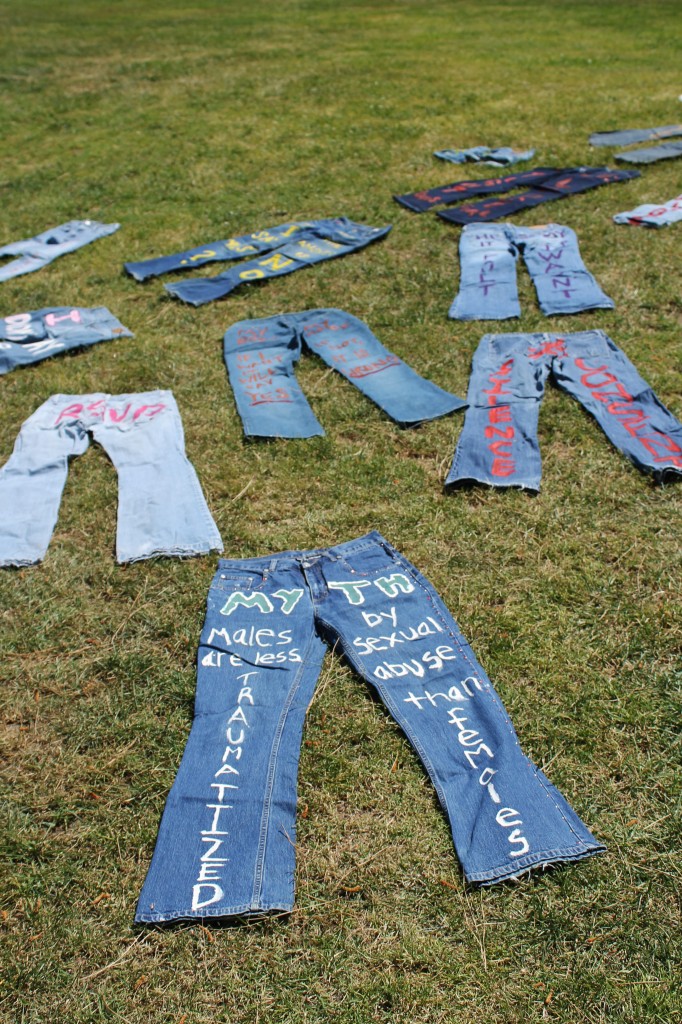 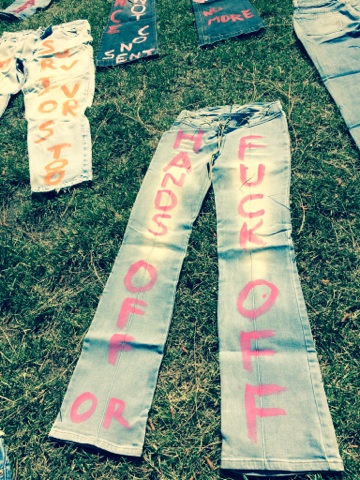 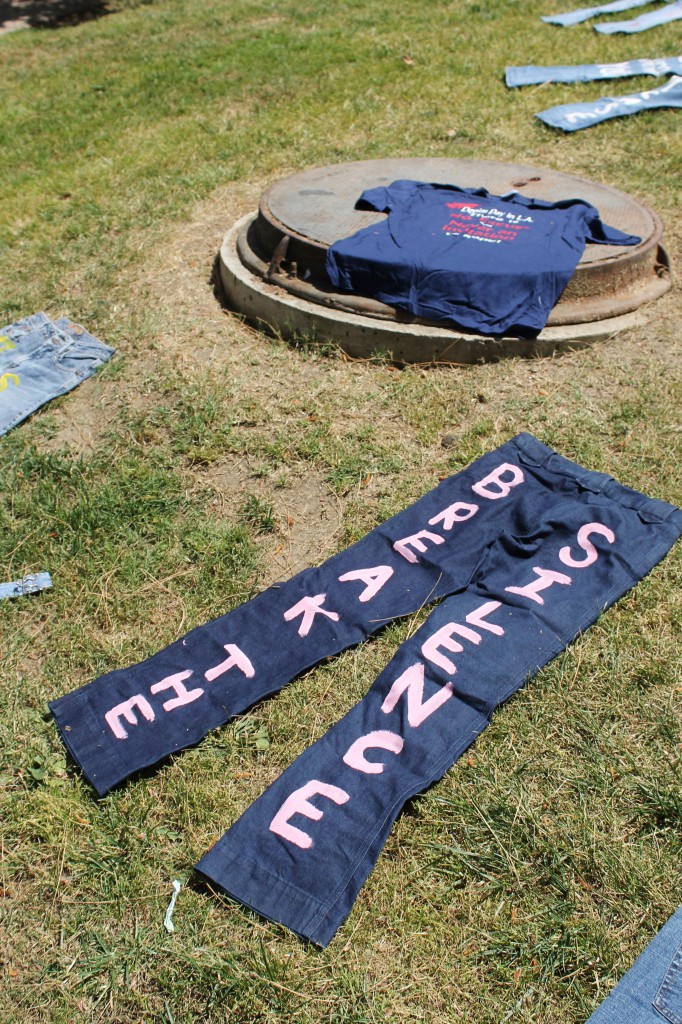 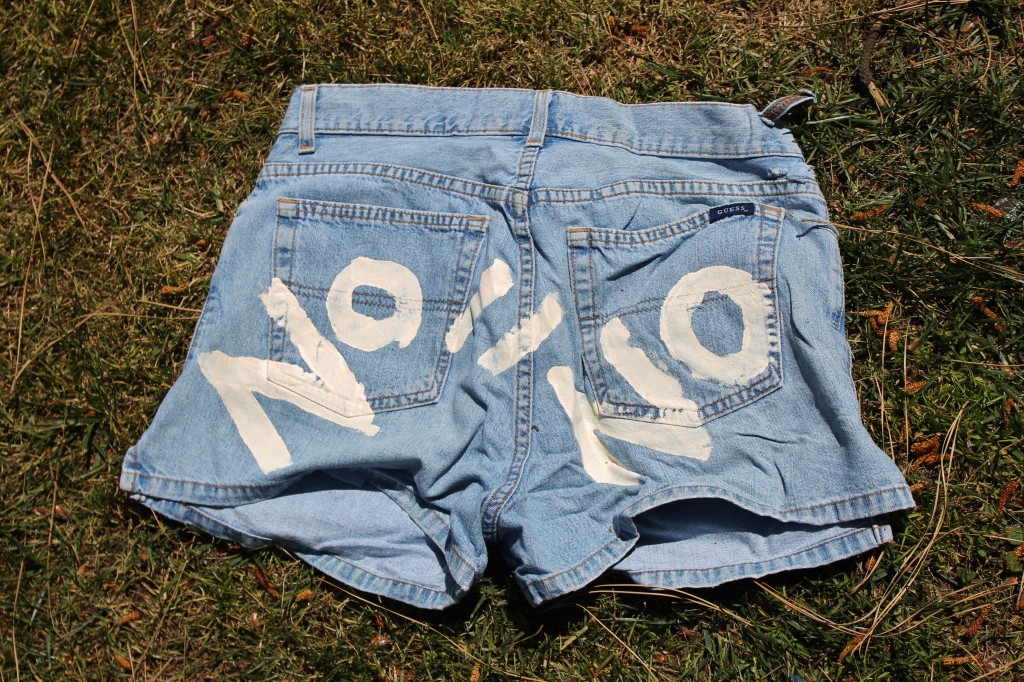