The practice of whitewashing by television and movie media is the act of taking a character of color and casting a white actor for the role. It can be defined as a product of a racist society (favoring white actors to play stereotypes) and/or a color-blind society (race does not matter).

Whitewashing is not new to American movies. With the creation of Hollywood, movies became a popular way to relax and have fun for most of America. Unfortunately, racism was still a major force in the early-to-mid twentieth century, so when roles that required POC were formed, the roles were given to white actors in makeup rather than finding an actual POC actor.

It’s not just individual characters in movies either.

Noah had no POC actors at all. Literally.

The screenwriter stated that “the race of the individuals doesn’t matter. They’re supposed to be stand-ins for all people.” Oh okay, I’m super glad white people are the blank canvases that the audience is just supposed to ~imagine~ themselves as. “Creative license” is common in films, but the story of Noah is based off of a biblical story which has plenty of evidence to show it is set in the Middle East.

Another movie where lead roles in which handed to white actors is Ridley Scott’s next movie, Exodus: Gods and Kings, which is set in Egypt. Egypt is in Africa. But the cast includes: Christian Bale, Aaron Paul, Joel Edgerton, Sigourney Weaver, Ben Kingsley, and more.  The actors are mostly white for a movie based around people in Africa.

While there is “controversy” over what skin color Egyptians really were, there is no doubt that the general population was not as white as the Welsh actor Christian Bale. The art shows darker skin with broader noses and many historians identified Egyptians as black (Appollodorus called Egypt the country of the black-footed ones and Aeschylus wrote that Egyptian seamen had black limbs). They may not have been black, but they would have at least been Middle Eastern in appearance, with darker skin than Western Europeans.

Scott spoke out in an interview earlier this year, stating:

“Egypt was—as it is now—a confluence of cultures, as a result of being a crossroads geographically between Africa, the Middle East, and Europe. We cast major actors from different ethnicities to reflect this diversity of culture, from Iranians to Spaniards to Arabs. There are many different theories about the ethnicity of the Egyptian people, and we had a lot of discussions about how to best represent the culture.” 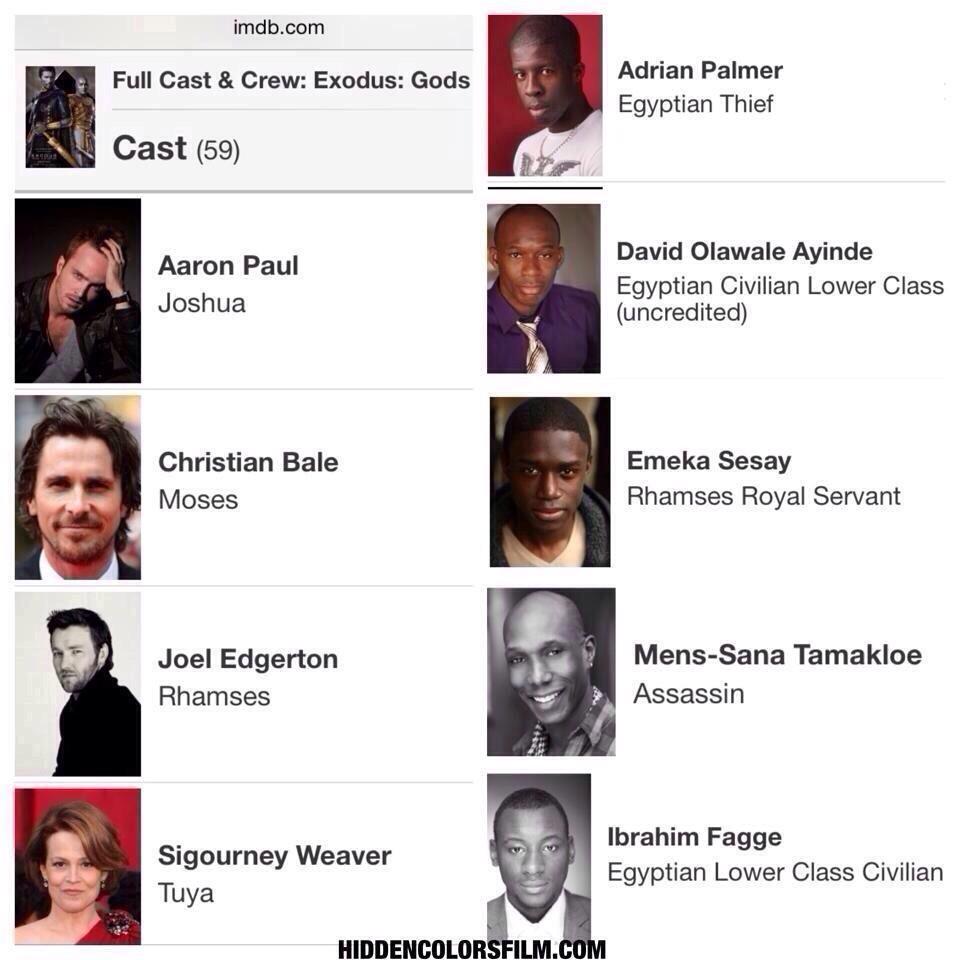 Sure you hired different ethnicities—but most of the darker skinned actors are not main roles and are in the background as servants and slaves.

But yeah, good job I can’t wait to see an Italian-American play a small part in a movie about Egypt.

One of the worst cases in the last few years occurred with the casting of the Avatar: The Last Airbender film. In the animated film series, no one is white. Literally. There are some white passing characters but everyone is of Asian descent. The four nations in Avatar are actually based on Asian and Inuit populations.

In the upcoming adaptation of the anime movie Ghost in the Shell, the main role has been offered to multiple white women. The character’s name is Motoko Kusanagi, but sure, despite her name, she’s definitely racially ambiguous.

The upcoming Avengers movie also features whitewashing with Pietro (Quicksilver) and Wanda (Scarlet Witch), who are both Romani in the comics, being played by white actors. In the Dark Knight trilogy, both Ra’s al Ghul and Talia al Ghul were played by white actors even though the characters are Arabic.

Even the Disney princesses are not immune to whitewashing. Earlier this year, Disney released updated versions of all the princesses.

Besides being covered in glitter and thinned, now every single princess got a skin lightening treatment and a few of them got smaller waists.

Tiana mostly escaped this update, but Mulan and Jasmine are much lighter in their promo shots versus their original movies.

A 2014 UCLA study shows that POC are underrepresented in literally every aspect of film production, even concluding that “the dominant agencies…tended to load their talent rosters with white male directors, show creators, writers, and leaders, largely to the exclusion of minority and female talent.” 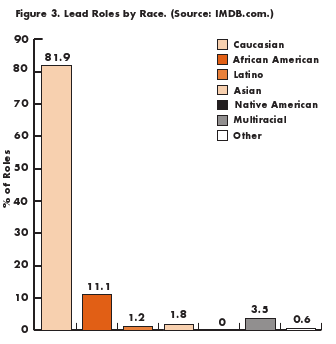 While mainstream media rarely cares about whitewashing, it does in fact care when white characters are “racebent”, or when a white role is given to a POC actor.

People were outraged when the casting for Thor was released, focusing on Idris Elbas’ portrayal of Heimdall. One online contributor for Comic Book Movie writes:

“Heimdall is literally known as ‘The Whitest of the Gods’ and he’s the brother of Sif but that didn’t stop Marvel from changing his race plus it makes absolutely no sense for a black man to be in Asgard.”

The thing is, there were people of color in Scandinavia, Ireland, Denmark, and Sweden. Vikings traded with the Middle East and Asia. You cannot state that there were no POC’s in Europe during any point before the 1900s while believing people in Africa and Asia are mostly white.

This is especially important to remember if you are creating a fictional world where there are dragons and hobbits, but it is unrealistic to have people of color as characters.

Whitewashing and racebending are completely different. Whitewashing is the result of ongoing racism and prejudice while racebending is usually used to interject a POC in a white world, giving a new perspective to the story. When white actors take a role for a POC character, they are diminishing an already small pool of representation for a minority community. When a POC takes a white role, however, there is no harmful diminishment of white representation.

To read more about the effects of racebending, visit racebending.com or their tumblr page.

As a white person, I’m tired of seeing roles that could have been given to POC taken by white actors. There are plenty of POC actors that are trying to make it, or have landed major roles, that are repeatedly ignored by casting directors. As a white person, I support every single boycott that comes out because of whitewashing.

As a white person, I can only use my voice to amplify what POC tell me because I am lucky enough to constantly see people like me in the movies.