Two eyes bored into me from the other end of the sidewalk. Instinct kicked in. I slid to the very edge of the sidewalk, as close to the curb as possible. As we approached and subsequently passed the man, his gaze remained focused on my figure. My boyfriend glanced down at me.

“You took the widest possible berth around him,” my boyfriend remarked, as though he was surprised.

“Years of practice in how to make it home safely,” I responded. I hadn’t just stayed as far away from the stranger as I could. I’ve learned several tips to discourage unwanted smirks and potentially dangerous situations when trying to go for a run without having to sprint for my life. I had, in fact, employed most of them in this particular instance.

1.   Above all, time and location are imperative. Don’t run in the morning before the sun has fully risen with a sufficient number of drivers on the roads and dog walkers on the trails, and don’t run at night once the sun has begun to go down. In the afternoon, older men take a walk, and around dinner time, the solitary wanderers awake. Don’t run at those hours either.

But that’s unrealistic. We are strong young women, and if we want to run, of course we are going to do so. Sarcasm aside, I would entreat female runners to abide by the “light rule”: if the streetlights are on, try to make arrangements to exercise at a different time of day. Otherwise, choose a route that is populated at least half of the time to make sure you are close enough to a get away site if an uncomfortable encounter takes place.

2.    Harden your eyes. Lock them onto the man coming towards you just long enough to let him know that yes, you see him. And that you know that he sees you. Stare straight ahead with the same not-to-be-messed-with glare. Sorry not sorry if they think you’re rude. Your safety comes first, and they have to earn your trust.

3.    Put on your “bitch face”.  The cross country team I ran for in high school used the phrase “bf” to describe the competitive look we would adopt when racing as a play on societal beliefs that being a powerful woman is equal to being disagreeable and undesirable. However, to us, the word became synonymous with respecting ourselves, protecting who we were and asserting that we weren’t going to be messed with. In regards to the larger population of female runners: your time is your time, and you have a unique goal and purpose to achieve. We may run to de-stress, to let out anger and frustration from other aspects of our lives. We may run to stay in shape or to feel mentally and physically good about who we are and our abilities. We may run for any assortment of reasons. Regardless, we are not after additional stress and anger elicited by men who stay too long. We are not after degrading comments in a place where we feel we are in control. To culpable individuals, this figure you see running past you – this is our space, and you aren’t invited.

4.    Stand tall. You are not “so small” or “so skinny”. Body size is completely irrelevant to what you are doing.  You are so much more than they think. We are forced to face the men we encounter as we would any other danger: a bear, a coyote, a car that doesn’t want to stop at the crosswalk. To these men, we do not mean that you are an animal. But it is the sad truth that we must treat you, too, as a threat. If nothing else, we make it clear that we are not an object to be gazed upon while you are going about your day. To female runners, it is your right to be creeped out by a whistle and an attempt at a seductive “damn, girl…”. In my personal opinion, I’m especially saddened when this call is from a twelve-year-old boy. Moreover, the way you are treated should not change if you’re in a sports bra, tank top, cotton t-shirt, or baggy sweatshirt; the manner people behave towards you should not be contingent on if you’re in spandex shorts, running tights, or rain pants. You have the right to dress in the way that makes you feel good and the right to be respected in whatever this entails.

5.    Elbows up, hands into fists. Have the men leering at you heard of Ronda Rousey, a mixed martial artist and an ultimate fighting champion? Yeah, she’s a woman too, just like you. They should be scared. Especially when you have this much momentum behind you (side note, if they’ve managed to overlook this fact, you’re also fast, and not in the way they want you to be).

6.    Knees up, heels up. In other words, by the looks of this form, you’re pretty much an Olympic athlete. Whoever dares to open their mouth or direct themselves towards you is messing with the wrong woman. In fact, let them take this lesson home with them: Don’t mess with any of us, unless it’s because you value who we are and would like to get to know us as people (hint: after we’ve gone for our daily run).

7.    Speed up. You’re not an easy catch, and you’re not a target to begin with. For example, if they want a target, they can hang a dartboard in their garage. Women are not targets. You are a person trying to exercise, not a trophy to be won, a point to be scored, or a mannequin for anyone else’s viewing pleasure.

8.    Skirt as far around them as possible. As exemplified by the introductory anecdote, the best way to avoid any sort of verbal or physical advances is to make it exceptionally clear that they are not going to affect you in any way. Always have your eyes open to any potential threat to allow time to prepare accordingly (see above). In addition, locate another street or path to turn down before reaching them if needed. Maintain a backup option at all times, and trust your gut instinct; don’t hesitate if you feel that something is not right. Even if they don’t have malicious intentions, by the time you know, it may be too late.

9.    Run in a group. The cliché aphorism “safety in numbers” is accurate when applied to us female runners. There is nothing more intimidating than a group of women, “bitch faces” on, hands curled into fists, elbows flying, knees driving forwards, heels kicking up dust, each looking twice their size, cruising right towards a man. It’s a guarantee that they will be the ones running away in fear.

10.   Run as fast and as far as you can. The world deserves to know how strong you are, and how no man is ever going to stop you.

I wish I didn’t have to do this. I wish I knew that each man I passed would issue a genuine “Good morning!” or a friendly – not overly friendly, just pleasant, as you would give an acquaintance – smile while remaining on their side of the path. Unfortunately, my teammates and I have been the victim of unwanted attention and moments of cold fear when men slowly veered towards us.
It certainly just isn’t when we are on a run. I’ve discovered that when I wear a backwards hat – and thus adopt a more masculine appearance – to walk to the grocery store, I’m able to significantly reduce the amount of street harassment I endure. Male behavior towards female runners is a direct reflection of the treatment of women in society in general. To men who do not act in this way towards their female compatriots, on a run or otherwise, we sincerely thank you. Because as much as we can try to bring about a change, change is also dependent on you.

A Day in the Life of Depression 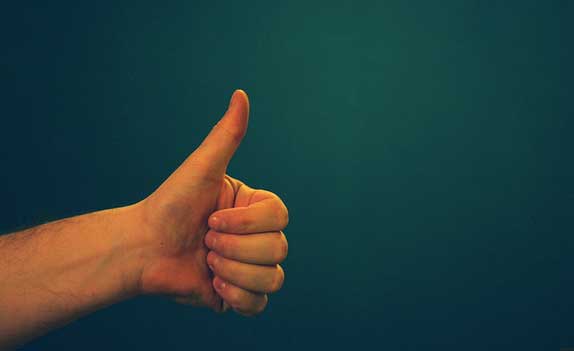 50 Ways to be a Decent Human Being