The strict dichotomy of male and female may seem to be the natural way of organizing gender, as this is the system that most of us grew up with. We were classified as either a boy or a girl at birth, which consequently dictated the clothing styles, household roles, extracurricular activities, and social mores deemed appropriate for our perceived gender. This separation relies on the gender binary, the idea that there exist two and only two genders that are inherently distinct.

Despite how natural this system may seem, it is actually a relatively recent invention.  Prior to the 18th century Enlightenment period, Europeans viewed men and women as fundamentally the same, but with men as the superior type of human compared to women. In this earlier model of gender dynamics, there did not exist the discrete separation of men and women we see today. Women were considered essentially inferior versions of men; their reproductive and sexual organs were composed of the same parts, but they were not fully developed.

This theory began to unravel as the Enlightenment ideal of equality for all became more popular. In order to reconcile this with men’s desire to continue holding power over women, it was necessary for women to be viewed as a different type of human, necessarily separate from men. This shift in perspective was foundational to the creation of the gender binary and led to the adoption of the two-sex theory.

In the 18th and 19th centuries, the separate spheres ideology became prevalent due to increasing industrialization and the growing divide between the type of work done by men and women. This ideology dictated that men should occupy the “public” sphere while women should be relegated to the “private” sphere. This solidified many of the gender roles and stereotypes that we are now familiar with, such as the idea that men are better leaders and that women are best suited for housework.

Each side of the gender binary carries with it its own stereotypes and expectations, to which its members are encouraged to conform. It dictates acceptable personalities, interests, appearance, life ambitions, who we love, what we wear, and what we can enjoy. Men are supposed to be ambitious, strong, and unemotional, while women are sensitive and caring and concerned about their family. Men are good at math and women are good at cooking. Men wear suits and women wear dresses. The list goes on.

If a person dares to deviate from the roles dictated by their gender, they are punished. Women report being seen as “bossy” or “rude” if they try to exercise authority and demonstrate leadership qualities more accepted in men. Men are mocked for sensitivity and for talking about their feelings. Women are less likely to be promoted at work if they do not wear makeup and fail to appear traditionally feminine, while men still face significant prejudice if they wear feminine clothing or any makeup at all. This system works in conjunction with patriarchy to subjugate those who are perceived as feminine by painting them as unfit for leadership in politics or the workforce. It deems women better suited to undervalued and unpaid labor, such as housekeeping or raising children.

Rejecting the gender binary, such as identifying with a different gender than one’s assigned sex at birth or a gender not contained within the binary, exposes people to social sanctions. Nonbinary and transgender individuals have been shunned by their families and face disproportionate physical, verbal, and sexual abuse, which may negatively impact their mental health and lead to a greater likelihood of drug abuse or suicide attempts. A person who does not fit within our traditional understanding of gender presents a problem, because we are unsure of how to classify them. As such, we often turn to renouncing and ostracizing those who do not fit within our understanding of the world.

Gender systems in many non-Euro-American cultures do not follow this same binary. Many societies allow people to possess traits that align with both sides of our binary at once, or to adopt traits corresponding with what we may see as the opposite gender. The muxe of Mexico and the acault of Myanmar are men who dress in feminine clothing and may assume female social roles. The Bugi people of Indonesia recognize five genders, including bissu, an androgynous gender which is neither male nor female. This further proves that the system the Western world follows now is neither set in stone nor naturally occurring. It is a social construct and the way that gender is classified changes over place and time. Furthermore, the supposed universality of the binary system is due in part to European colonization, which eradicated the alternative gender systems of occupied countries.

However, despite the seemingly inescapable grip that the gender binary has on our lives, the dominant understanding of gender can change, just as it has throughout history. Because of the dedicated work of activists who have advanced the idea that gender is a construct, this alternative viewpoint is becoming increasingly mainstream. People are creating new definitions and categories that allow for more freedom, letting us choose who we want to be based on our own feelings and inclinations rather than by simply following a constraining classification system. The deconstruction of the gender binary could serve as a means of effecting a decolonized mindset and rejecting the social ideals forcibly imposed on colonized countries and peoples. It could loosen the norms and expectations that confine people to their strictly prescribed places in the workplace and in familial relations. Our gender system is evolving, and there may come a day when the gender binary is a thing of the past.

As the Den of Lions Stirs Awake, India’s Descent Begins 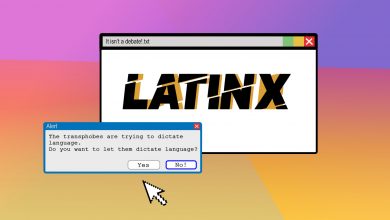 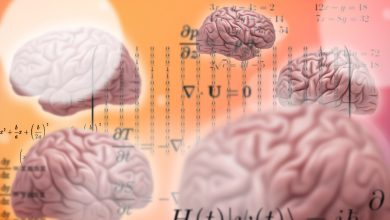