“Baby, It’s Cold Outside” is a Christmas classic that subtly sends the message that it’s ok to pressure a woman to have sex with you when she clearly doesn’t want it. Throughout high school,I always thought of it as a cute song about a couple that couldn’t get enough of each other and just wanted to prolong their time together as much as possible. This year, however, my roommate and I were listening to this song on the radio, and we were appalled by some of the extremely problematic lyrics that screamed rape culture.

This song is essentially about a woman who is trying to leave a man’s home and a man who traps her and pretends to blame the weather for why she can’t leave.

Girl, he doesn’t care if it’s cold outside. He wants to have sex. Lol. But seriously.

It’s so obvious what his intentions are. I’m not sure how I lived my whole life listening to this song and not realized it until now.

The song was originally written in 1944 by Frank Loesser for his wife Lynn Garland. It was a duet they performed at their housewarming party. In the original printed score, the two roles were marked as wolf and mouse, the wolf being the predator who coerces the mouse to stay a bit longer.

Throughout the years, many covers have been performed. The most popular has been the recent cover by Idina Menzel (the woman who sings “Let it Go” in Frozen) and Michael Buble. Regardless of who sings the lyrics, they remain problematic for being predatory and perpetuating rape culture.

Here are the lyrics, and I’ll break each one down for you: 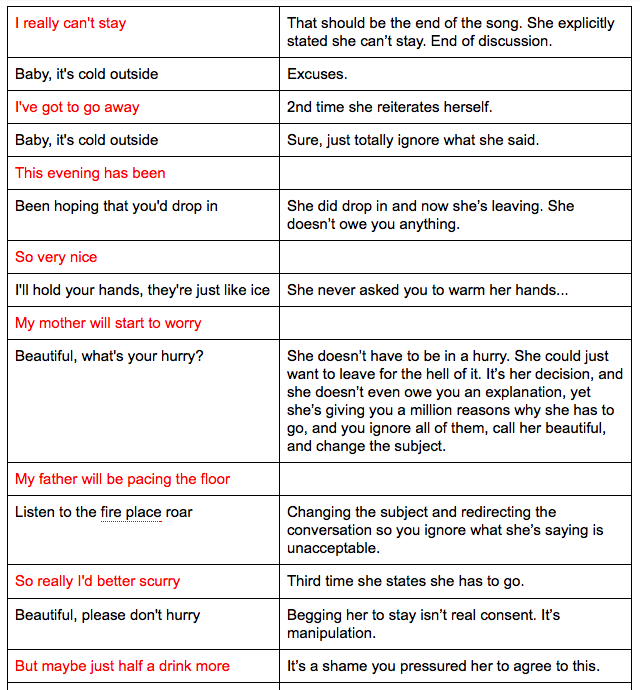 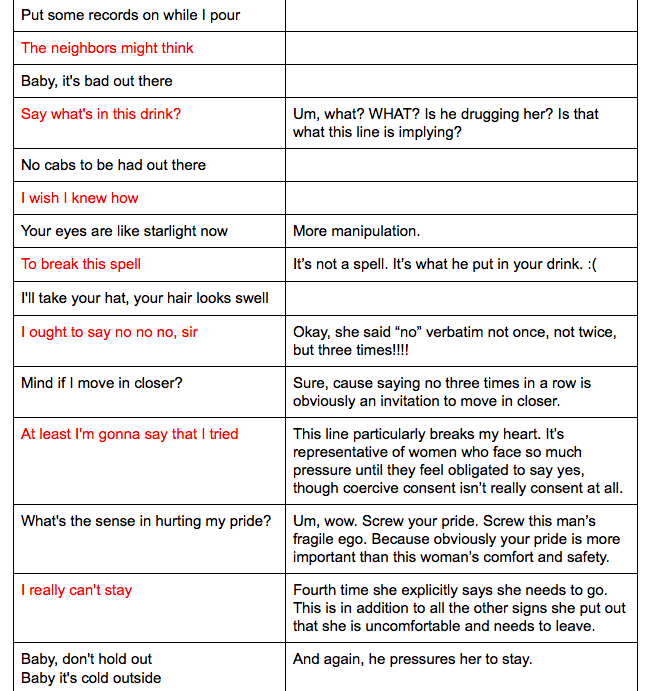 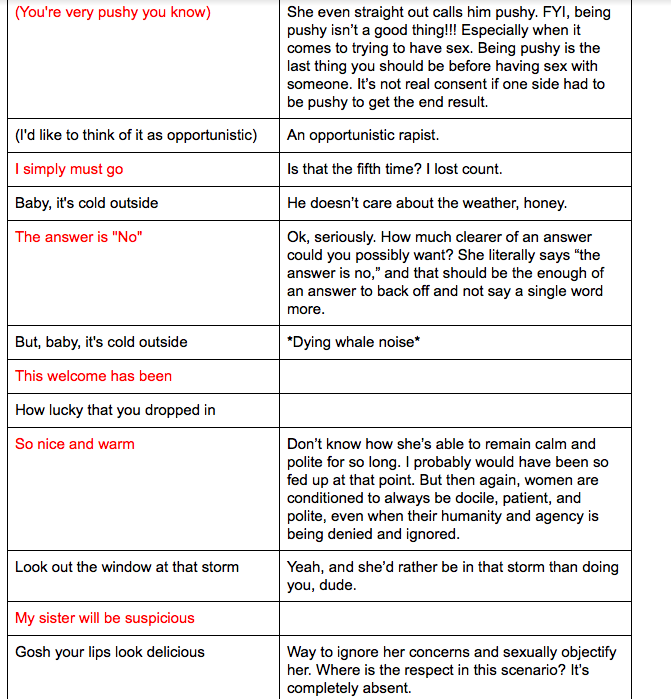 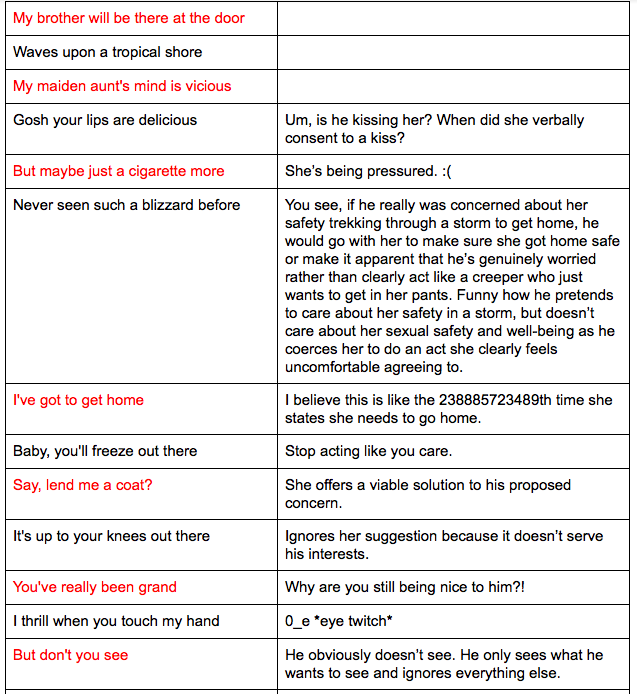 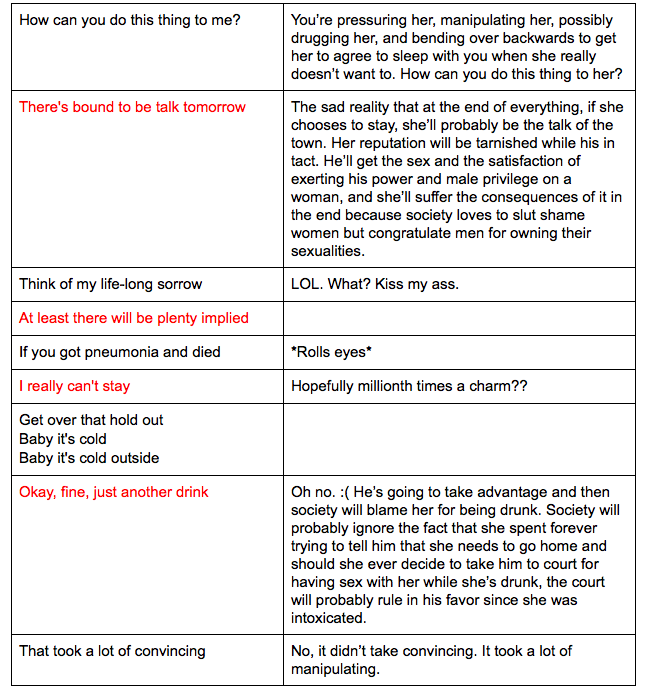 So the song ends there. You don’t really know what happens in the end, but one can speculate. I have a good idea of how it all ends. The song ends with her having another drink after she’s already had quite a bit to drink. It’s clear what his intentions are throughout the song (to get in her pants), so he’s probably going to be relentless until he gets what he wants. He’s probably going to get her more and more drunk until she loses all inhibition and then has sex with him.

Newsflash: That is rape.

All of this manipulation and coercion and willfully intoxicating a woman with hopes of getting sex and then going through with the sex is rape.

Consent has to be mutual (and it’s not mutual when one party is intoxicated).

Consent must be voluntary. (It’s clearly not voluntary when she is pressured into doing it and when she is drunk).

Consent must be made in a clear-minded state, and that wasn’t the case in this song.

Consent must be verbally given before EACH AND EVERY act is performed. Judging by the way he touched and kissed her without consent in the song, who knows what other strings he’s going to pull.

I’m aware that this song is fictional. One might think it’s a waste of time to be spending so much time analyzing a song that isn’t even real. However, this song speaks volumes about rape culture and how it permeates society.

It parallels to the creeper that tried taking advantage of my drunk friend at O’Haras the other night. It parallels to the times I’ve been pursued or pestered by relentless drunk (and sometimes sober) men who don’t take no for an answer. It represents this attitude in society where men feel entitled to a woman’s body, and all it takes is some flattery, alcohol, and persistence. This line of thinking ultimately births rapists, and that is utterly unacceptable.